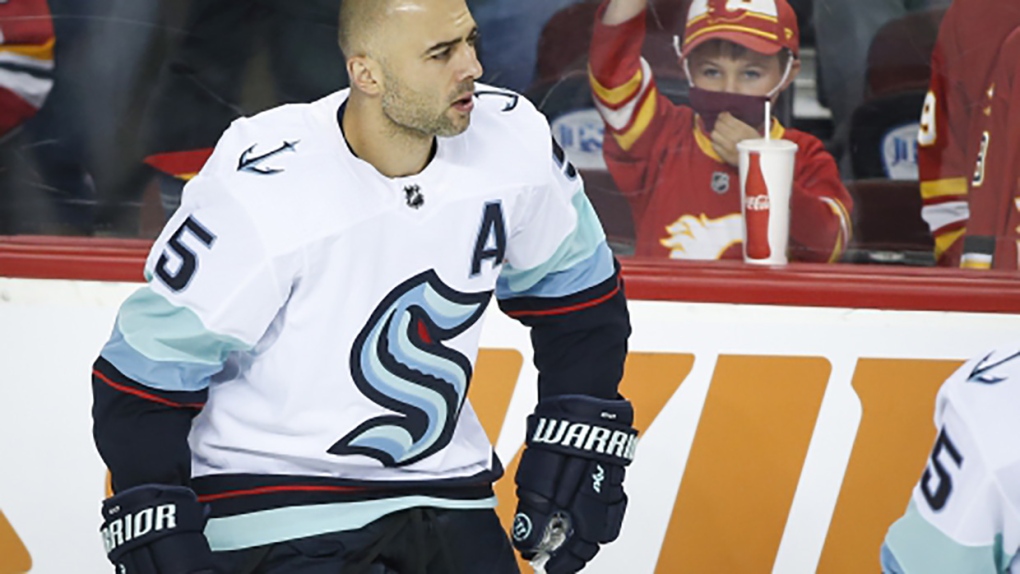 One day before playing their first-ever NHL regular season game, the Seattle Kraken named a familiar face captain of their expansion team.

"Captain of the Seattle Kraken has a nice ring to it," the team tweeted Monday at noon. "We're proud to announce Mark Giordano as the first-ever captain in our organization's history."

Giordano was a member of the Flames for 14 seasons, and team captain for eight. He won the James Norris trophy as the league's outstanding defenceman in 2019 and the Mark Messier Leadership trophy in 2020, before being selected by the Kraken in the expansion draft in 2021.

The Kraken launch their expansion year schedule Tuesday night with a game against the Las Vegas Golden Knights.

The Flames have not yet announced who will replace Giordano as team captain. They kick off the 2021-22 season Saturday night in Edmonton.

Captain of the Seattle Kraken has a nice ring to it.

We’re proud to announce Mark Giordano (@MarkGio05) as the first-ever Captain in our organization’s history. pic.twitter.com/zHu95dI1Lm