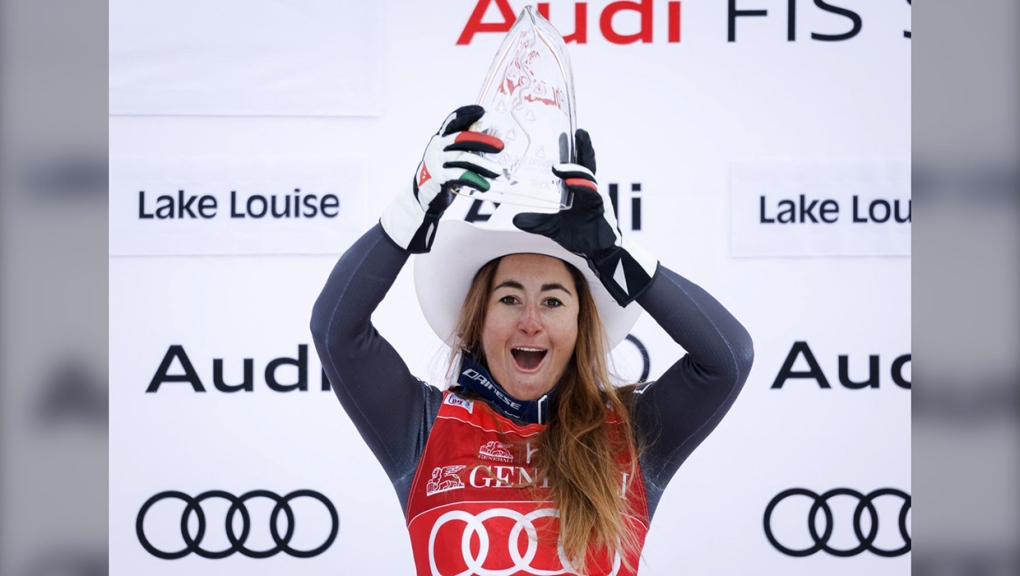 Sofia Goggia picked up where she left off in Lake Louise, Alta.

The Italian ski racer's win Friday in the season-opening women's World Cup downhill was her fourth straight victory at the Banff National Park resort, including her sweep of last year's three races.

"I'm super-happy with the outcome and result but I'm still not happy with my performance because I think I was a bit too wild and dirty today," Goggia told The Canadian Press.

She nevertheless laid down a winning time of one minute 47.81 seconds.

Just six hundredths of a second separated first from third with reigning Olympic downhill champion Corinne Suter of Switzerland crossing the line four-hundredths back of Goggia.

"I was really in tension and anxiety when they were coming down, because you never know. It is a game of hundredths with this course, which lasts three kilometres," Goggia said.

"Winning by four hundredths of a second, what is it? It's uncountable."

Another downhill is scheduled for Saturday followed by Sunday's super-G.

After winning four of the first five women's downhills in 2021-22, Goggia crashed in a super-G in Cortina, Italy, just two weeks out from the Olympic Games.

Despite leg and knee injuries, the 30-year-old earned silver in Beijing's downhill behind Suter, who finished second to Goggia in the overall downhill last season.

"We have to push each other to the limit and I'm excited for tomorrow," Suter said Friday.

"Two or three little mistakes I made today, but I think when you go fast, it happens and it is normal."

Sofia Goggia of Italy flies down the course on her way to winning the women's FIS world cup downhill ski race in Lake Louise. pic.twitter.com/bdAiMedaFc

"We did a lot of giant slalom training to improve my technique and hopefully take the next step, so we did a lot less downhill training," Gagnon said.

"My feeling is a bit off right now as you can probably tell watching me go down. It's just not as dialed in as normal.

"It's a matter of just trying to find the good balance of attacking, but attacking in the right way."

Stefanie Fleckenstein of Whistler, B.C., was 39th. The 25-year-old skied as an independent Friday. She's trying to work her way back onto the national team.

"I've been independent for two years now," Fleckenstein said. "It's definitely tough as a speed skier because the national teams get priority with a lot of training.

"The goal is definitely to use my Nor Am spot this year on the World Cup and try to re-qualify, but it's going to be a battle."

The season's first race was held under cloudy skies and a temperature of -19 with a light breeze.

U.S. ski star Mikaela Shiffrin, who won the downhill in 2017 and super-G in 2018 in Lake Louise, did not travel to Alberta. She's concentrating on slalom and giant slalom this season.

The world governing body of ski and snowboard, FIS, attempted to start the downhill season earlier this fall with cross-border men's and women's races that start in Zermatt, Switzerland and finish in Cervinia, Italy.

The men's races Oct. 29-30 and women's Nov. 5-6 were called off because of poor snow conditions, so downhill's season-openers reverted to its traditional Lake Louise venue.

FUTURE OF LAKE LOUISE WORLD CUPS UP IN THE AIR 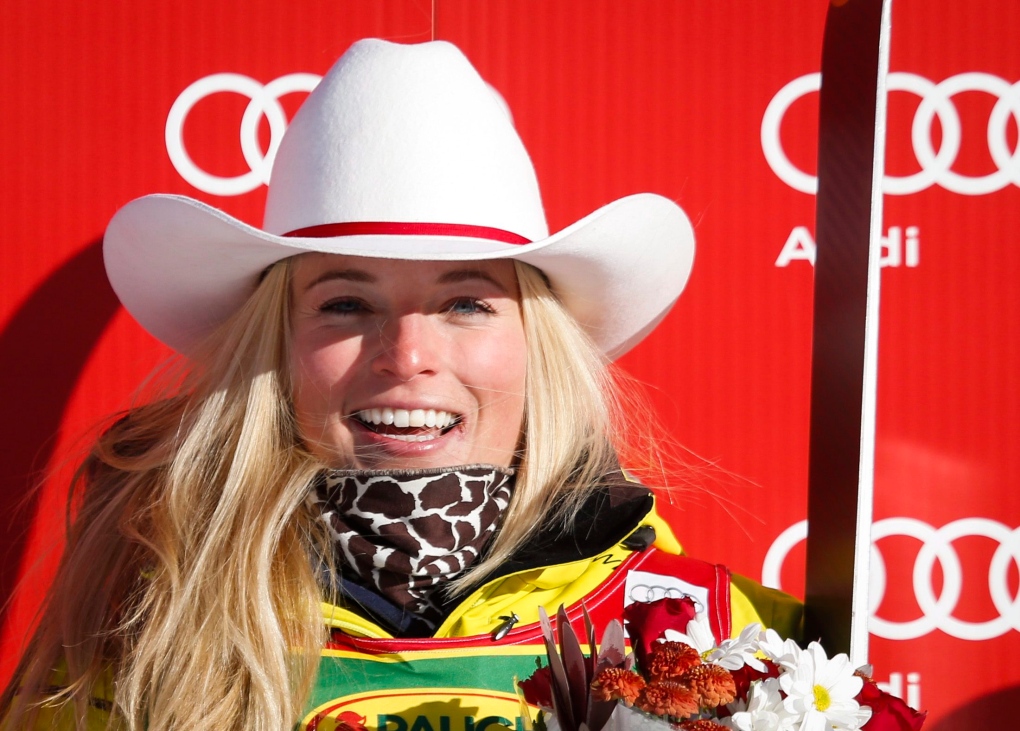 The future of Lake Louise's World Cups is uncertain, however.

Alpine Canada has committed only to keeping a men's speed race in Western Canada with a location still to be determined.

The introduction of women's World Cup giant slalom in Mont-Tremblant, Que., in 2023, and falling on the same traditional weekend as women's speed races in Lake Louise, is a strike against Lake Louise retaining what's been the only women's downhill races in North America.

"I'm sorry because Lake Louise is a fairy tale place," Goggia said. "I really do like it but not just because I win. It's the last time for a hat trick. We will see, but I just (won) one so I am happy with it."

This report by The Canadian Press was first published Dec. 2, 2022.