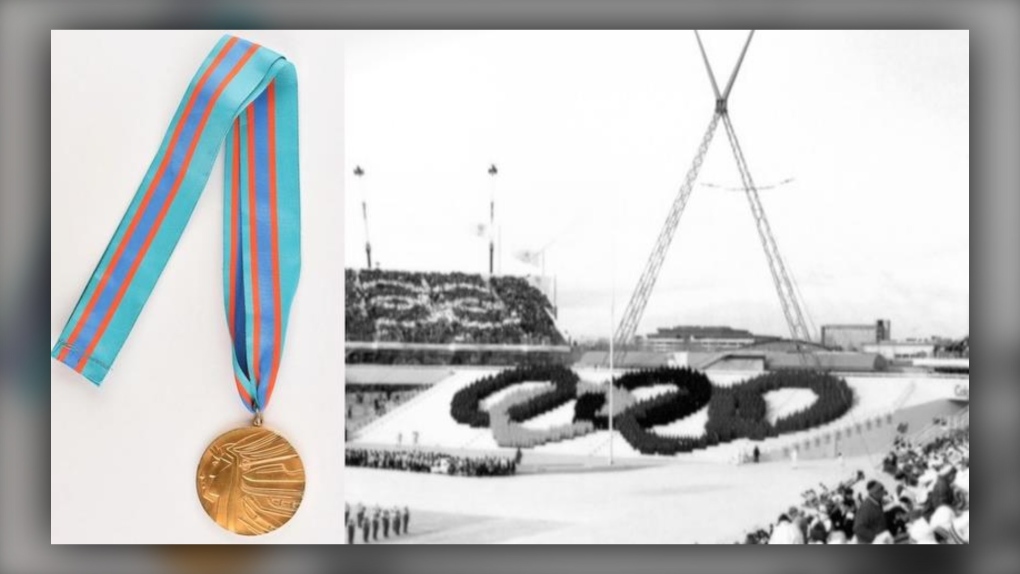 A gold medal won by Valeriy Medvedtsev in the biathlon relay event at the 1988 Winter Olympic Games sold at auction for $15,365 USD (RR Auction)

CALGARY -- A gold medal from the 1988 Winter Olympic Games was sold at auction for more than $15,000 USD by Boston-based RR Auction.

The gold medal sold at auction belonged to biathlon athlete Valeriy Medvedtsev of the former Soviet Union (USSR). Medvedtsev was awarded the medal in the relay event. He also won silver in the individual and sprint biathlon events hosted at the Canmore Nordic Centre during the Calgary games.

The identity of the owner of the winning bid has not been released.The auction ended July 23.

The medals for the '88 Winter Olympic Games were created by Peter Friedrich. The front of the medal depicts the combined profiles of a laureated athlete and an Indigenous person wearing a headdress comprised of winter sporting equipment. The back of the medal included the  snowflake/maple leaf emblem of the Winter Games with the Olympic rings at its centre.