Golfers flock to the fairways during COVID-19 pandemic 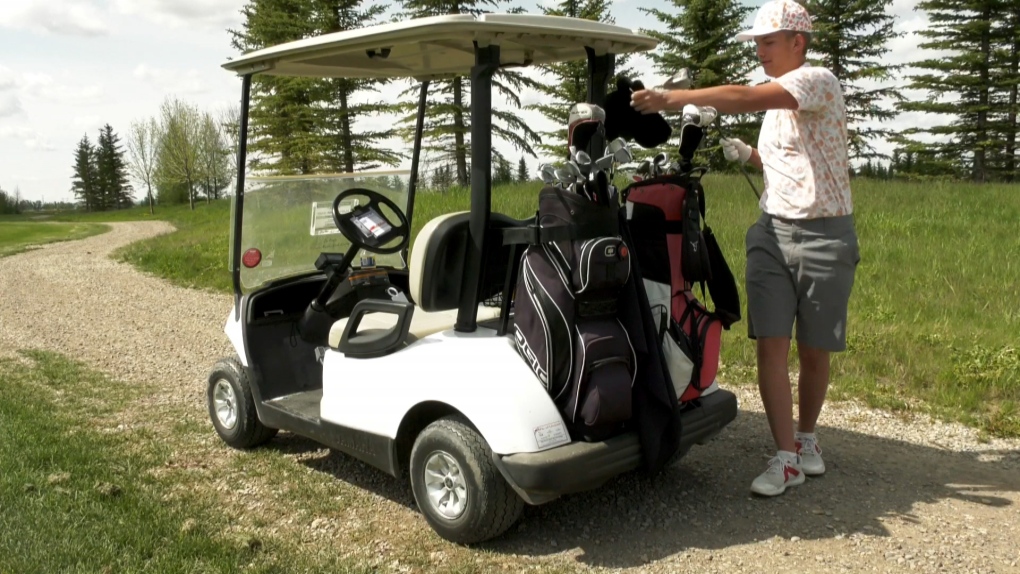 Golf courses have been busy in Calgary since being allowed to reopen during the COVID-19 pandemic.

CALGARY -- After a downturn over the last few years, golf is back in a big way in Calgary.

Some are just discovering a love for the game. Others are dusting off their old clubs and hitting the links again.

Once the province and health officials gave the go ahead for the game to return, golfers flocked to the fairways — getting a tee time on a weekend is now next to impossible.

On a beautiful Friday morning at Serenity Golf Club, the tee sheet was full again.

Slade King is the COO at Play Golf Calgary.

He says he hasn’t seen it this busy in about 15 years.

What’s really encouraging for the golf industry is who is starting to play the game — kids like nine year old Breckyn Kinahan.

He says he loves golf for a number of reasons.

“Because I like driving the golf cart, beating my mom and hitting bombs like Phil Mickelson," he said.

More and more, families are also enjoying the game together. Breckyn was celebrating his ninth birthday on Friday and he chose to do it on the golf course. His dad, Brandon, says 14 members of the family decided to join them.

“It’s amazing,” he said. "They travelled from Lethbridge. Some are here from Taber and Black Diamond. And they’re all out here to join him today. It means a lot to us and to him as well.”

With big demand it’s the perfect timing for Serenity to open a new nine holes, called Sun Catcher, which joins the Dancing Bull 18.

King says the timing is perfect.

“Six weeks ago nobody knew what was going to happen. And once we did we pushed really hard to open these nine holes on Sun Catcher," he said.

"The staff did such an excellent job to bring the nine holes into play this season.”

King says Sun Catcher will have a different look than Dancing Bull.

“It’s a mix of links style with some movement in the ground and also parkland with some trees and some lakes to hit around. It’s really a hybrid course that is very different from the Dancing Bull golf course.

The Sun Catcher Nine will open to the public on Saturday. The second nine holes should be up and running at this time next year.