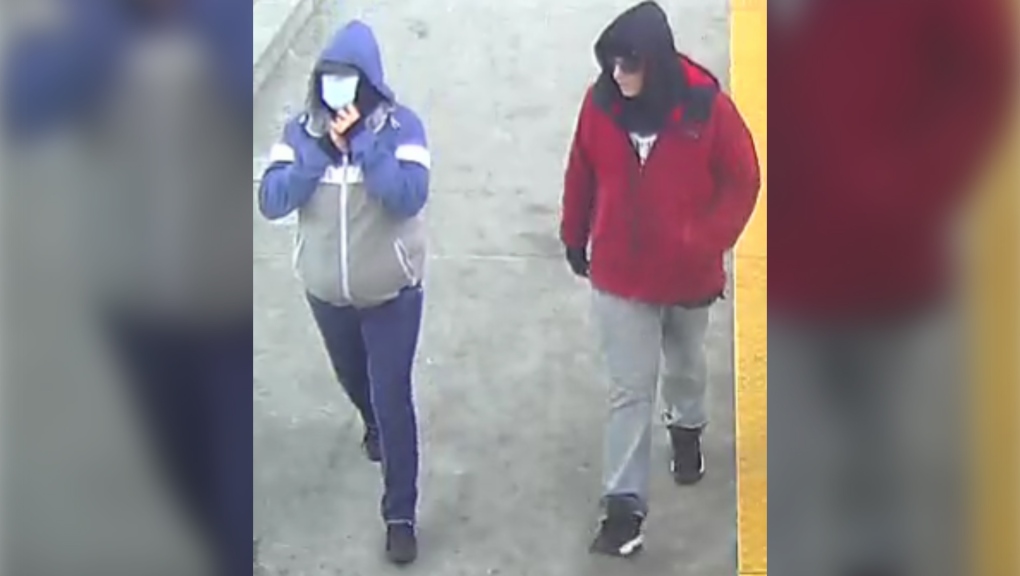 Police are looking to identify two suspects after a senior was robbed and assaulted on Nov.24. (Supplied)

CALGARY -- Two Good Samaritans tracked a man and woman who robbed a senior of her purse, assaulting her in the process.

On Nov. 24, just before 10:30 a.m., a woman in her 70s was waiting to cross at the intersection of 37th Street and Bow Trail S.W., when an unknown man and woman approached her from behind.

Police allege the man grabbed the senior and kicked her multiple times and the other assailants allegedly hit her over the head, causing her to fall to the ground.

The suspects took the senior’s purse and ran toward Westbrook Mall.

One woman who witnessed the incident called the police and followed the suspects in her vehicle from the intersection to the C-train station.

A second woman was seen running after the suspects and was able to return with the senior’s purse, but police say money was missing.

The woman who returned the purse left before police arrived and police are asking that she come forward to help further the investigation.

One suspect is described as a man in his 30s approximately 180 cm (5-11) tall and was wearing a dark red jacket, black hoodie, blue jeans and sunglasses.

The female suspect is described as wearing a blue and grey jacket with white highlights anddark jeans.