Calgary Pride is once again allowing political parties to march in the parade, but the governing United Conservative Party did not meet the threshold to grant its application to participate.

Calgary Pride officials said political parties were temporarily banned in 2019 from the parade, but in 2020 organizers conducted community consultation to create a more rigorous process.

That new process now requires political parties, corporations and non-profits to respond to a questionnaire about their stance on 2SLGBTQ+ issues, and provide examples of actions taken.

"Then it is provided to our community jury which consists of folks from outside the organization they then make a decision whether folks are allowed to participate or not," said Brit Nickerson, manager of communications for Calgary Pride.

Nickerson said identifying information on an application is redacted, to weed out potential bias among the community jury.

"We want to ensure that everyone who participates and marches in the parade feels safe. That is part of the reason why we have a community jury process," she added.

Details outlining specifically why the UCP caucus was excluded were not shared. 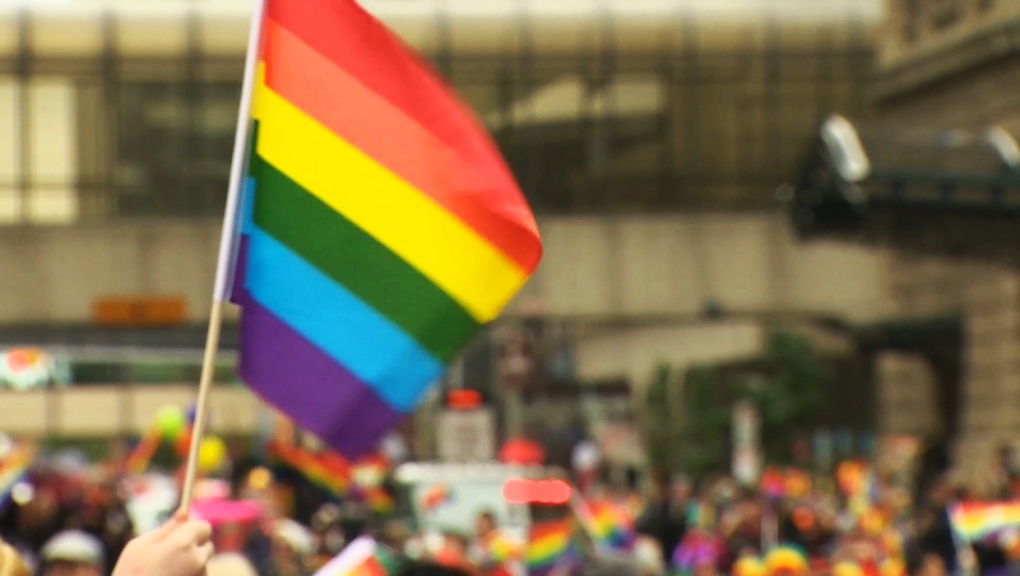 That new process now requires political parties, corporations and non-profits to respond to a questionnaire about their stance on 2SLGBTQ+ issues, and provide examples of actions taken.

The UCP caucus sent a statement to CTV News expressing disappointment for being excluded from the pride parade.

Tim Gerwing, the director of communications, said United Conservatives have a diverse organization that includes members of the 2SLGBTQ+ community.

"We're disappointed that the Calgary Pride organizers have chosen to exclude Alberta's largest political party, and the countless Albertans who identify as members and supporters of it, from an event that highlights representation, inclusion and diversity," said Gerwing.

The statement continued, "as disappointing as it to see so many Albertans excluded from this event for political reasons, Alberta's United Conservative caucus will continue to ensure that Alberta is the best place in the world to life, work and start a family, regardless of who a person loves or how they express their gender identity."

Gerwing added he expects UCP members will attend and view the parade from the sidelines.

"It's about more than just pride parades and pride celebrations, its about the work that political parties do when they're in office, and when they are in opposition as well," said Janis Irwin, NDP MLA for Edmonton-Highlands-Norwood and critic for 2SLGBTQ+ and Status of Women.

She added, "I am somebody who is a member of the 2SLGBTQ+ community and also an MLA. It's important to me, and I see the importance of the work to uplift the community every day as well."

The campaign team for UCP leadership candidate Leela Aheer said she will try to be involved in Calgary Pride despite her party's exclusion.

"We live in 2022, we don't live in 1950. We must acknowledge everything that the community brings to the city, and we need to be allies," said Sarah Biggs, campaign manager and strategist.

Biggs said Aheer will apply to volunteer for the Calgary event, apply to march, and will make a donation from personal funds to the organization.

"The Calgary Pride committee is sending a message that conservatives aren’t welcome in their movement. We are a party of inclusion and it’s disappointing that Calgary Pride doesn’t want to promote equality and celebrate diversity together."

It continued, "I would absolutely attend and show my support for the community."

CTV News reached out to the other UCP leadership candidates and did not hear back by Thursday evening.

The Canada research chair for the public understanding of sexual and gender minority youth said pride events are being cautiously selective.

"(They) want to avoid things that are called 'rainbow-washing' where a political party or corporation simply shows up for the photo opp and then does nothing the rest of the year," said Kristopher Wells, who is also an associate professor at Macewan University in Edmonton.

"(Pride) is a time to actually listen to those voices that are the most vulnerable and placed their needs forward first, within these kinds of community celebrations," said Wells.

Uniformed police officers continue to be excluded from the upcoming pride parade, but are able to march as civilians wearing plain clothes, said Nickerson.