Government driving vitriol and unrest from both sides of the restriction argument: law professor

CALGARY -- A faculty of law professor at the University of Calgary says government officials are the ones fuelling the fire when it comes to heated protests, similar to the one at the Alberta Legislature on Monday.

"It's really just reached a boiling point between people (being) mad that they are following the restrictions, others publicly protesting against restrictions."

Chants of 'lock her up' and 'just say no' were loudly voiced on Monday.

The 'lock her up' chant was directed at the province’s Chief Medical Officer of Health, Dr. Deena Hinshaw. 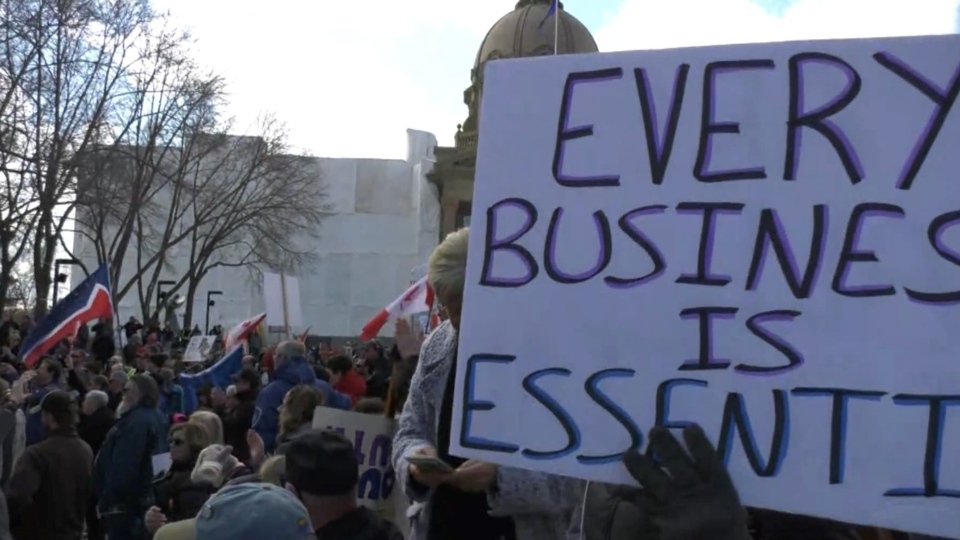 Tens of thousands of people have protested the health measures across the province since last summer, many on weekly occurrences.

And some of the blame has been pushed on Calgary police for enforcing the measures, with officers being called 'Nazis' or 'gestapo.'

"I think when you’re on the ground, out at protests, you sort of, to some extent, expect that type of thing thrown around down there, but when you walk into a restaurant with ordinary Calgarians you don’t expect that sort of thing."

Neufeld is referring to a video captured by customers at Benny’s Breakfast Bar last week telling police and AHS officials to 'get out', as the business defied the restrictions of in-dining service. 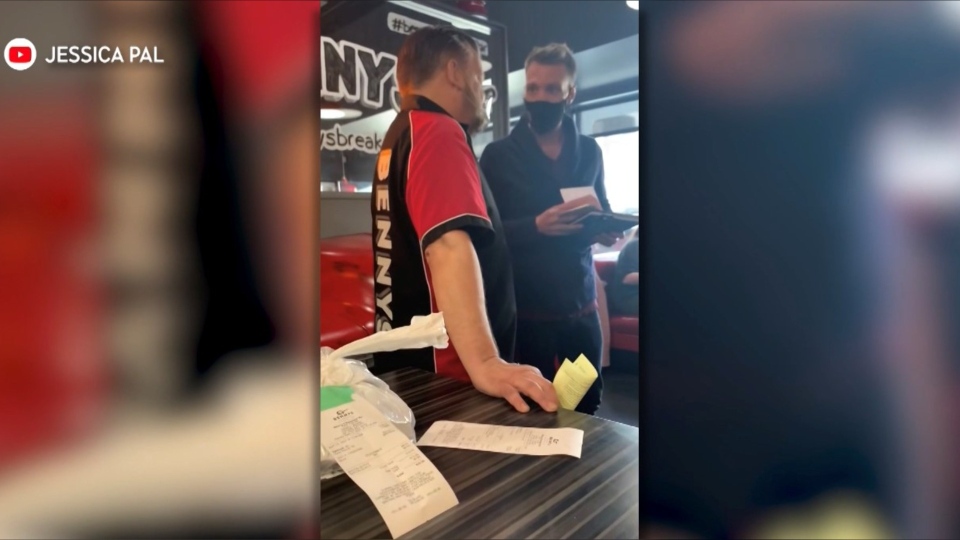 Calgary Freedom Central have been actively protesting restrictions for months.

"We've lost our trust, we've lost our faith in our leaders in this province because they keep moving the goal posts," said organizer Ryan Audette.

Thousands have attended, with hundreds typically uniting on Sunday afternoons.

Audette says their focus is lifting mandates, keeping businesses open and to have all restrictions eased.

“We try to stay away from a lot of the fringe topics that I think are coming up at a lot of the other rallies and I believe that turns off a lot of people that aren’t ready to come out for that,” he said.

Audette says other groups, including the Walk for Freedom, have at times drowned out their message but he understands the hostility some of those people have towards health and government officials.

"Definitely (do) not encourage vandalism or hooliganism or any of that," he said.

"We can understand and sympathize with the strong emotions. We have a lot of people in our movement that have come from countries that have been through communism, fascism and dictatorship and they’re being triggered now. It’s almost a form of post-traumatic stress."

He asked Albertans who are against restrictions and want to fully open like several American States, such as Arizona, whether it is worth it.

"Would you, if you were in my position, be willing to defend a COVID death rate five times higher than what we have experienced?" said Kenney.

"I don’t think any reasonable Albertan would say yes."