CALGARY -- Fire crews were called to the scene of a large grass fire burning in northeast Calgary Friday morning.

Officials say they were called to respond to the incident, at 144th Avenue and First Street N.E., at about 10:30 a.m. and say it's grown to about the size of a small soccer field.

The flames spread quickly, but fire crews managed to put it out within a few hours. 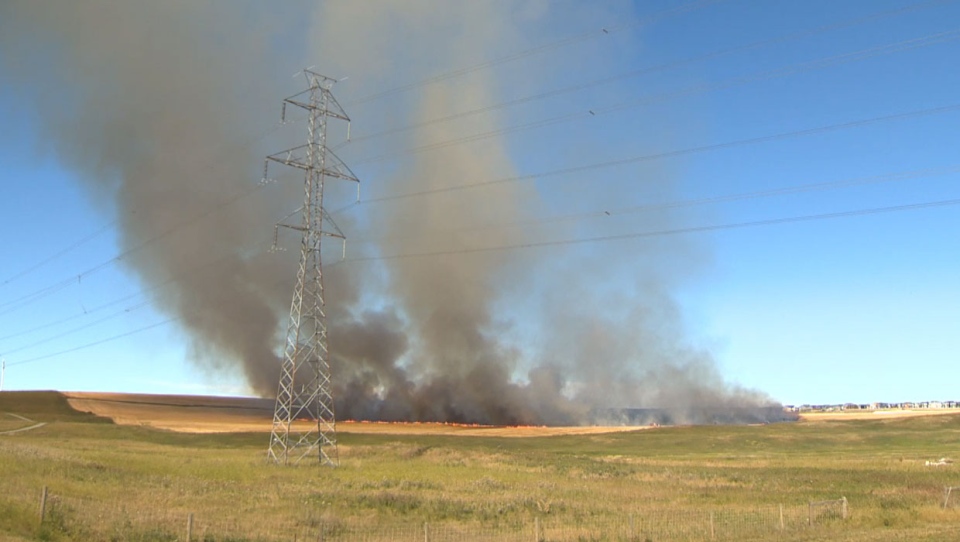 However, as soon as crews felt they had extinguished the fire, it sparked up again, spewing smoke towards nearby homes and obscuring the view for drivers on the highway. Fire officials say high winds ended up fanning some hotspots, leading to the second flare-up.

By the time it was all done, 80 hectares of land had burned.

No structures have been damaged as a result and it's not believed there are any injuries.

It's not known how the fire started, but officials say the field where the fire took place had been recently harvested.

"The field, having been harvested several days ago by combine, is covered with the resulting dried chaff (leftover organic debris)," CFD said in a release. 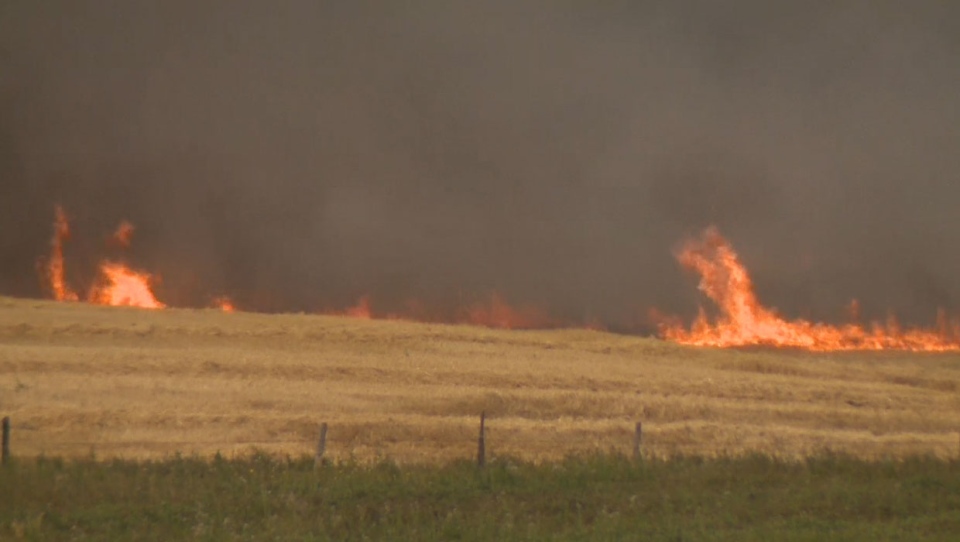 Veron Olalia lives right across the street from where the grass fire was.

"I was worried of course. If there was no emergency troops here I’d be very worried," he said.

"The farmer has stated he just combined a couple days ago so the chaff on the ground is just dry straw," said Bonderud.

Calgary police have said they also received a tip the fire may have been deliberately set.

Anyone who was in the immediate area, including anyone who has any photos or videos that could help investigators, is asked to contact CFD by email.

According to the Alberta Fire Bans website, there are no restrictions in place in the City of Calgary. However, there is a fire advisory in place in Rocky View County, which bans all permit burning and fireworks until further notice.

There are five wildfires currently burning in the province, but they are considered held or under control at this time.

A fire near Blackrock Mountain, located west of Calgary, was burning out of control until Monday, when rain and snow overnight helped extinguish some of the flames.

That fire grew to more than 675 hectares.