Organizers of Pumpkins After Dark are preparing for the upcoming launch of the event, which has never before been held in Calgary.

The outdoor exhibit features more than 6,000 pumpkins that have been carved, lit and stacked to create dozens of different displays from dragons and dinosaurs to Halloween characters and pop culture icons.

“We've had staff carving all year long, five staff to carve these displays that you're going to see,” Pumpkins After Dark co-owner Mike Sheppard said.

“It's the Halloween version of Christmas lights, it's artistic. It's not scary -- it's entertaining -- and it's just a great time all around.”

The exhibit is held after dark to let the glowing jack-o-lanterns have maximum impact.

Organizers say it takes about 45 minutes or an hour to walk the trails and see the displays. 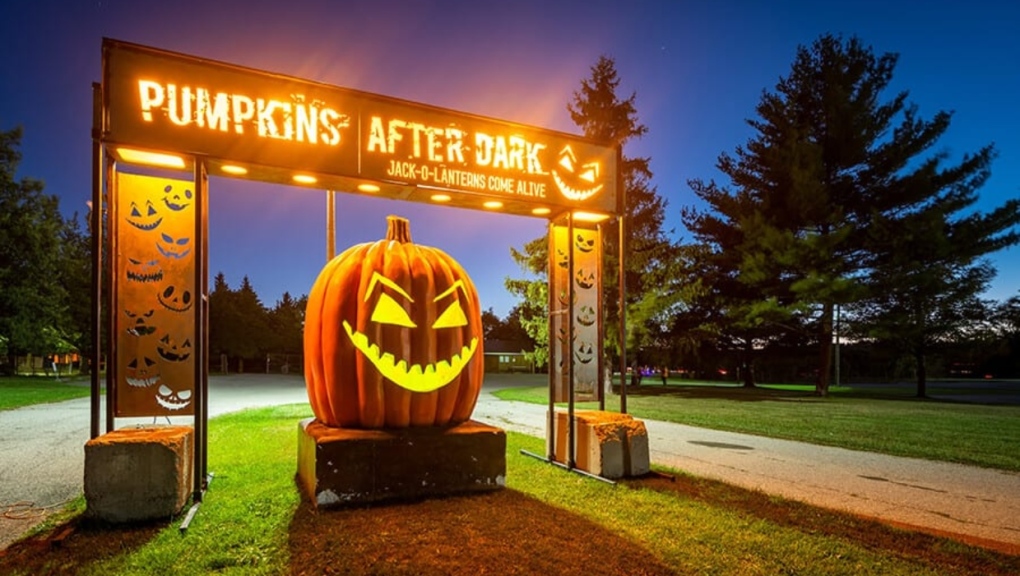 The family-friendly event is being held at WinSport on Thursdays, Fridays, Saturdays and Sundays from Sept. 23 to Oct. 31.

“This really is the first big outdoor event that we've had at WinSport since the start of COVID-19,” WinSport spokesperson Dave Oviatt said.

“We're going to have our own little Spooktacular Mini Golf to go along with Pumpkins After Dark, so it's a really good opportunity for families to come out and enjoy some outdoor weather."

Organizers say physical distancing measures will be in place with masking recommended. In addition, they ask you to stay with your family cohort while visiting.

“Everything is time ticketed,” Pumpkins After Dark Co-owner Kevin Blackburn said. “You do have to pre-purchase your ticket before the event, that way we can allow a safe amount of people to come through and abide by all the COVID-19 protocols.”

In addition to thousands of jack-o-lanterns, the event also features food trucks, hot chocolate and coffee and pumpkin carving demonstrations.

“People can leave and buy a pumpkin on their way out, and hopefully learn something, and take a pumpkin home and carve it themselves,” Sheppard said.

- With files from Kevin Flemming