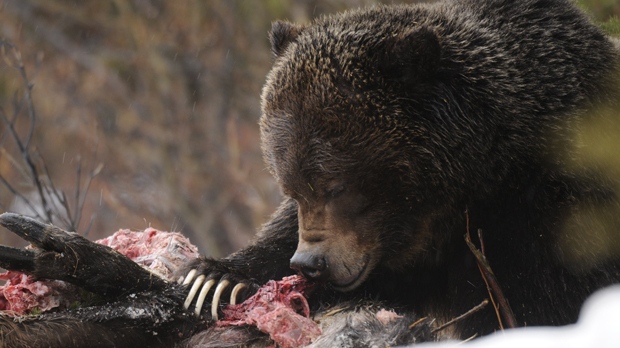 A popular Banff hiking trail was temporarily closed after a grizzly bear attacked and killed a black bear earlier this month.

Officials with Parks Canada say the grizzly, believed to be bear 122, was spotted by hikers along the Sundance Canyon Loop trail.  The 600 lb grizzly did not retreat when the hikers approached, opting to continue to feast on, and guard, the black bear carcass.

The trail was closed for several days but has reopened to the public.

Experts say bear on bear attacks are not uncommon in the wild.