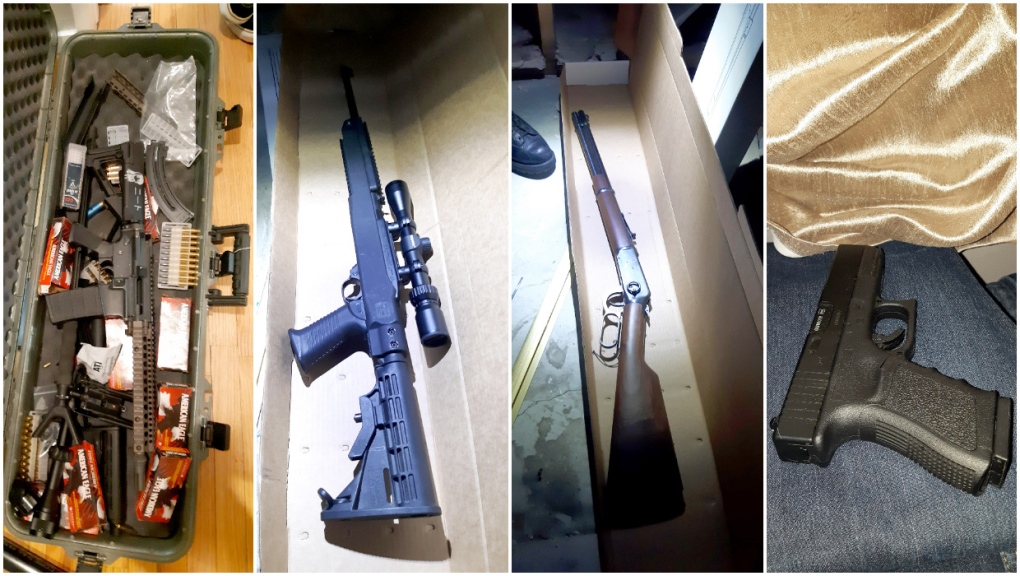 Some of the guns seized from a home in Temple. (Calgary police)

CALGARY — Four rifles, a sawed-off shotgun and three replica handguns were recovered by police during the search of a home in Temple last week.

A month-long investigation into the suspected trafficking of fentanyl and methamphetamine was launched in early October resulting in the search of a home in the 200 block of Templeview Way N.E.

Police seized a number of items including: 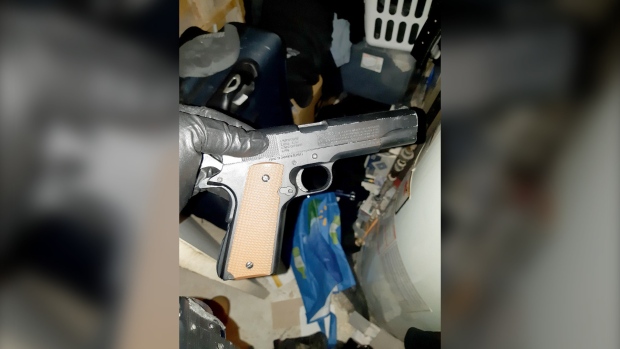 Four people were arrested at the home, however two were released without charge.

"These are serious weapons that could cause serious harm in our communities, and to our officers. Drug trafficking and violence go hand in hand. If you know anyone who may be involved in the trafficking of narcotics, call our tip line and help protect our communities," said Staff Sgt. Kyle Grant, of the Strategic Enforcement Unit in a release.