'Have you taken a look at Alberta?': Ontario health minister criticizes province's response to COVID-19

CALGARY -- Alberta was singled out Wednesday as an example of what not to do during a pandemic by Ontario's health minister.

Speaking in that province's legislature, Ontario Health Minister Christine Elliott was responding to questions about rising COVID-19 cases and hospitalizations, to which she replied in part, that her province was not in crisis — but Alberta is.

"You want to speak about who is in crisis, have you taken a look at Alberta where they're doubling up patients in intensive care units, we're not doing that in Ontario," she said.

Alberta Health Services issued a statement Wednesday afternoon, saying it has the ability to house more than one COVID-19 patient in a room safely, and despite the minister's comments, that doesn't mean the province is in crisis.

"This was also the case pre-COVID-19," read the statement.

The statement adds some ICU rooms at South Health Campus in Calgary were also designed to safely accommodate two patients.

“'Double-bunking' patients safely and appropriately allows us to increase ICU capacity, and ensure we can meet increasing demand on our ICUs," read the statement.

"Calgary Zone is not currently 'double-bunking', however it is part of the surge plan in that zone as well." 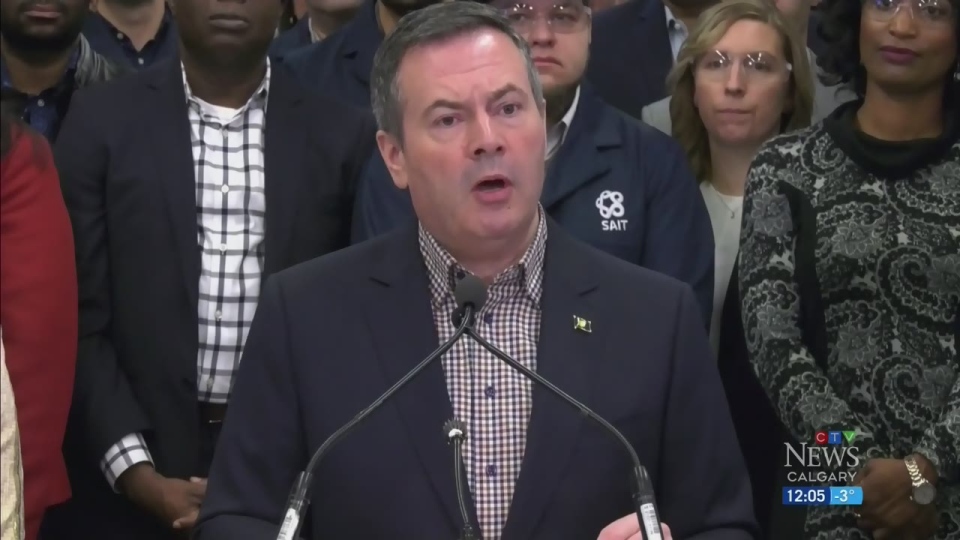 Speaking at a press conference Wednesday afternoon, Kenney referenced hospitals and healthcare workers being under ‘strain’ in Alberta’s two major cities but noted AHS is working to open up more beds for COVID-19 patients.

“Unfortunately the result is we have to cancel a number of scheduled surgeries and non-urgent, non-COVID-19- related care," said Kenney, who then reiterated the need for the last round of restrictions being implemented.

"This is an important wakeup call for Albertans to take it more seriously than ever," he said.

Alberta’s health minister, Tyler Shandro, acknowledged conversations had been had about the potential need for field hospitals, adding that they were a ‘contingency plan.’

Alberta has seen a surge in cases in recent weeks. On Wednesday the province announced 1,685 new cases of the coronavirus and 10 deaths as a result of the disease.

Ontario health officials reported more than 1,700 new cases of COVID-19 for the sixth straight day Wednesday as the number of deaths related to the disease spike in the province.