CALGARY -- It’s that time of year when parents take their little ones out for a picture on the big man’s knee, but this season an unexpected guest greeted them at Westbrook Mall.

The Mean One himself took photos with children in Santa’s red chair and the reaction was, well, mixed.

Not that a Grinch, best known as a creature who tried to steal Christmas, would want it any other way.

"If they bring a tear, I bring a tear," said the Grinch, more commonly known as Rob Bengal. "Not everyone is happy to see me, but it’s really funny what kids say.

"They’ll tell the Grinch the truth."

For as many kids made nervous by the Grinch, others couldn’t wait to meet him.

"Grinch is my favourite, because he was a bad guy and turned into a good guy," said four-year-old Kimball Cho.

Kimball’s mom Sunmi Moon said it’s nice to have some variety from the typical holiday photo featuring you-know-who from the North Pole.

"Last year we watched the Grinch movie and they loved it and really were into the dog Max," she said. 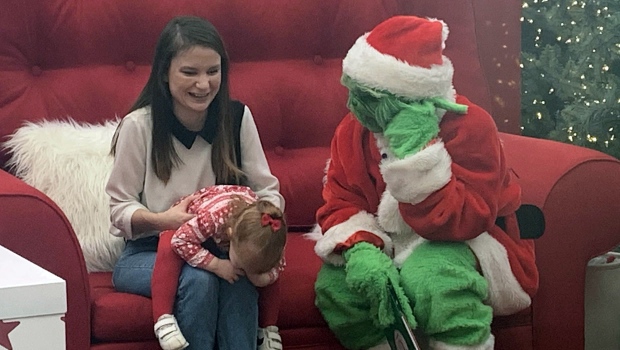 Bengal has been transforming into the character for roughly two years now and he’s blow up in popularity.

What started out in Regina has grown to several cities on the prairies and came to Calgary for the first time this year.

"I would like to expand it a little more in Canada," Bengal said. "I love doing community events and being able to travel with this and raise money for the food bank like we did last year.

"If the Grinch can help do that, that just helps so much."

To learn more about Bengal’s characters and tours visit:https://www.instagram.com/bengal_rob/.

Earlier this week we received this message from a southwest #Calgary family. Too cute not to share! #yyc pic.twitter.com/8Fo89L4Mqa