'He's in a tinderbox': Family pleads for testing at Calgary care facility with COVID-19 outbreak

CALGARY -- Days after provincial health officials announced testing would be expanded to include asymptomatic residents and staff at Alberta long-term care facilities with COIVD-19 outbreaks, there are still questions  being asked about how and when that will happen.

Those in charge of Clifton Manor, a Calgary care home with 35 cases of coronavirus and four resident deaths, are still waiting for clarity from Alberta Health Services.

“Is it (testing) facility-based or only based on the unit that’s affected by an outbreak?” asked Mike Conroy, CEO of the Brenda Strafford Foundation, which runs Clifton Manor.

“For residents it’s easier because if we have the tests kits we can administer the tests but it’s unclear how staff will be tested, whether it’s through the site or the central assessment clinics.”

Over the weekend the facility took matters into its own hands, testing nine residents without any symptoms. 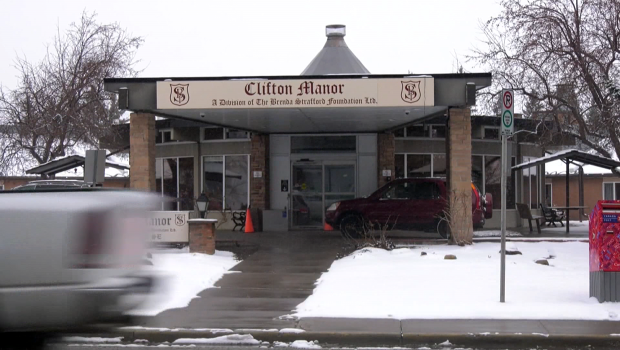 Three came back positive for COVID-19 and are now in isolation.

David Cowling’s brother, Donald, lives at Clifton Manor but has not yet been swabbed.

With each day that passes where a test hasn’t been administered, Cowling’s fear and frustration grows.

“Our whole family is very concerned about the situation and predicament he finds himself in,"Cowling told CTV News. "He’s in a tinderbox of COVID-19, yet the government is failing to do what they can, which is engage in universal testing at that facility”

There are 29 outbreaks at continuing care homes in Alberta, including 24 in Calgary and surrounding areas.

At her daily press briefing Tuesday, Dr. Deena Hinshaw, Alberta’s chief medical officer of health, indicated the decision is not up to her.

“I’ve left it to the discretion of my colleagues, the local medical officers of health to determine which facilities they feel that swabbing will be most effective in actually helping determine where the outbreak is at and getting it under control,” said Hinshaw.

Since the start of the pandemic 39 Albertans living in care homes have died from COVID-19.

“It’s an urgent situation," said Cowling, "and each hour that goes by is another hour where this virus has the potential to be being transmitted."