Head of Police Commission steps down 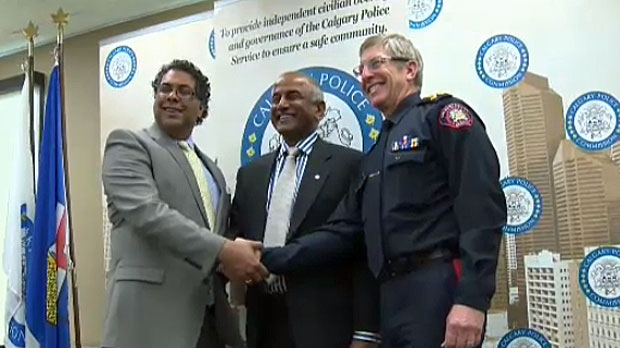 Mike Shaikh is seen here with the police chief and mayor of Calgary.

Calgary Police Commission Chair, Mike Shaikh, has announced that he will step down after four years in the top job.

Shaikh made the announcement at the regularly scheduled monthly meeting of the Commission and his resignation is effective October 31, 2013.

He has also served as a director of the Alberta Law Enforcement Response Team (ALERT) and board member of the Canadian Association of Police Boards.

Shaikh says three of the accomplishments he is most proud of during his tenure were; the establishment of the Calgary Police foundation, the commencement of the CPS Cadet program and his cohesive working relationship with City Council.