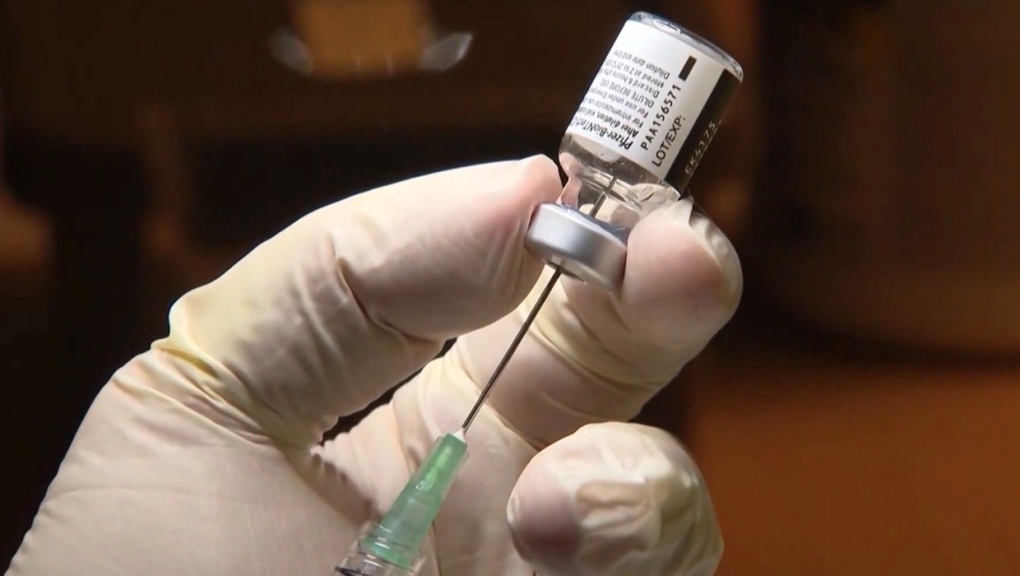 While doses of the COVID-19 vaccination for children will arrive in Canada next week, it's not know when Alberta's supply will be available.
CALGARY -

It’s the news some parents have been waiting for – Health Canada has approved the first COVID-19 vaccine for children aged five to 11 years old.

Dosages are one-third the adult vaccine and shipments are expected to arrive starting Sunday. Canada is in line for 2.9 million doses set to land by the end of next week.

“This is the first vaccine authorized in Canada to prevent COVID-19 in children – and is another key step in Canada’s fight against COVID-19," said Sharma Supriya, chief medical adviser at Health Canada.

Health Canada has approved the doses to be given 21 days apart as the National Advisory Committee on Immunization is recommending an interval of eight weeks or more between the first and second doses.

“Children are receiving less of a dose because research shows that their immune system is a bit stronger and they don’t have as high of likelihood of severe disease with COVID,” said Amber Mueller, a pharmacist at Stafford Pharmacy in Lethbridge.

There are more than 391,000 children in that age group in the province, but it's not clear when shipments will arrive in Alberta, when they'll start being administered or even where.

But a recent poll shows Alberta families are the most hesitant about giving their kids the shot.

For parent Michael Swearengen, there are still a few concerns.

“I’m not sure on the risk to that age group, so I’m still kind of nervous about it pending more studies,” said Swearengen.

With an increase in holiday gatherings expected this year, Isaac Bogoch, an infectious disease doctor, said this is a good time for children to be immunized.

Pfizer says the shot is 90 per cent effective at preventing COVID in children two weeks after the second dose. There were no adverse effects in 3,100 clinical trial participants there were no serious adverse events.

"We would certainly encourage parents of children between the ages of five and 11, who until now have not been eligible to receive the regular vaccine. To look at the information about the safety and efficacy of those vaccines," he said.

There is no legislation in Alberta that requires Kindergarten to Grade 12 students to have specific vaccinations to attend in-person schools.

Health Canada is currently reviewing Moderna’s authorization for its vaccine to be approved for kids aged five to 11.