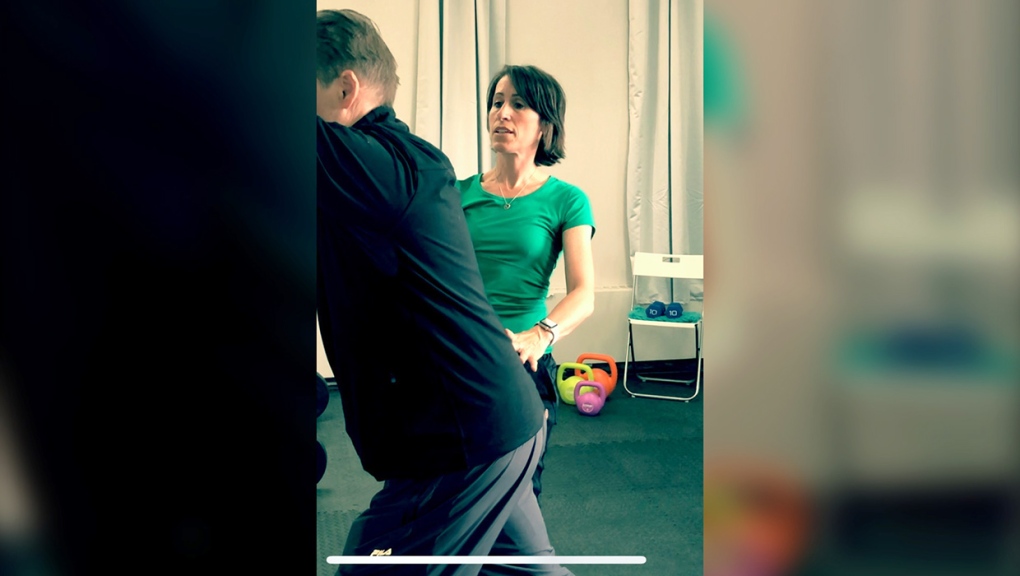 Calgary physiotherapist and small business owner Jessica DeMars says earning a few hundred dollars in March during the COVID-19 pandemic made her ineligible for the Canada Emergency Response Benefit (CERB), leaving her in an economically perilous position.

CALGARY -- Canadian health-care professionals are calling on the federal government for support after many were deemed ineligible for the Canada Emergency Response Benefit (CERB).

According to the benefit, workers are only eligible when they "are or expect to be without employment or self-employment income for at least 14 consecutive days in the initial four-week period."

Jessica DeMars is a physiotherapist and owner of Breathe Well Physio in Calgary.

She works primarily with vulnerable patients that have respiratory diseases and breathing pattern disorders, but had to close the doors to her clinic in mid-March so as not to put anyone at risk for COVID-19.

DeMars switched to offering tele-health-care appointments in an effort to support some of her existing clients online, but having her two kids home from school has set her back.

As a result, she’s only made a couple hundred dollars over the last month.

"Making that couple hundred dollars means I’m not eligible for the benefit so it’s a tough spot to be in with all my expenses," she said.

"So for those of us that have businesses or a livelihood and are doing our best, maybe there needs to be some consideration because the alternative is then that we all don’t work, there’s less availability for the rest of the population, those people don’t get healthcare and we don’t get a benefit."

DeMars is certainly not the only one struggling.

An online petition has now received nearly 15,000 signatures, calling on the federal government to allow healthcare professionals to provide virtual care and receive the CERB at the same time.

The petition started by Allied Health Financial, a finance education community for health professionals, says more needs to be done.

"This leaves (healthcare) professionals to choose between serving their patients and providing for their families, and many are choosing to put themselves second and continue to offer treatments,”\" reads the petition.

"The ineligibility from the CERB hurts all parties involved."

Trudeau said that Canadians who still have jobs but are working 10 hours or less due to the pandemic, such as gig economy or contract workers, as well as those who are working but earning less money than they would if they received the Canada Emergency Response Benefit (CERB), such as long-term care workers, will soon be able to qualify for federal assistance.

"There are groups of people who aren't benefiting from the Canada Emergency Response Benefit who probably should," Trudeau said. "We're looking carefully at how we can increase their pay a little bit so that they do better off remaining at work, rather than going off work and receiving the emergency response benefit."

Calgary Nose-Hill MP, Michelle Rempel-Garner says she’s received several phone calls from her constituents who are worried they’ll have no financial support from the federal government.

As CERB applications opened up Monday morning, she called out the Liberal government for not being able to handle an overload of applications.

While some are getting through,my office is already getting calls saying that this is what people are seeing when they're applying for the CERB. What measures are being taken to prevent the site from failing? pic.twitter.com/GlX5xrZzVa