'Help' stomped in the snow leads search crews to missing couple in B.C.

LETHBRIDGE – In a scene plucked right out of a movie, search crews were led to the location of a missing man and woman in southeastern B.C. thanks to a call for help drawn in the snow.

Columbia Valley RCMP first notified the public about the disappearance of Catherine Gibbons, 22, and Damon Brodeur, 24, on Thursday morning.

The service said they were notified the couple was missing a day earlier.

Just over 24 hours after issuing the request for information on their disappearance, Mounties say an SUV belonging to Gibbons was located in a remote area in the Rocky Mountains by the RCMP Air Services.

What really drew the attention of the crews was a crude SOS built on the ground. 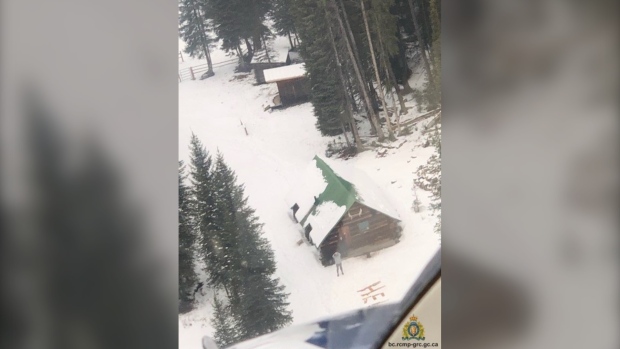 "An outstretched orange tarp, a large arrow and the word 'HELP' each etched in the snow within close proximity to the abandoned vehicle, ultimately led to the discovery of the man and woman who had taken up shelter in a nearby cabin," said Cpl. Jesse O'Donaughey with the B.C. RCMP in a release.

The pair passed the time playing Harry Potter trivial pursuit, sharing stories, and enjoying the view.  They also tried to make themselves “as visible as possible” while waiting for rescue. 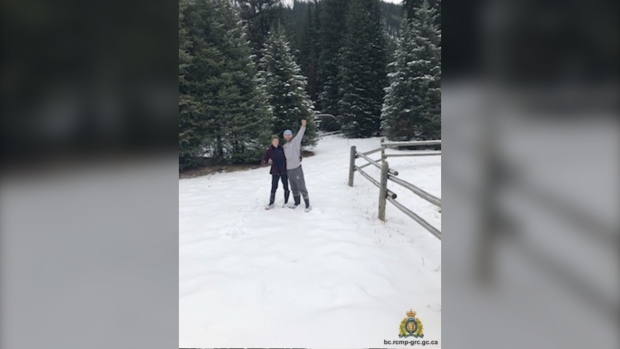 They had set out on Oct. 24 in the Columbia Valley, northeast of Cranbrook. Brodeur posted on facebook that their plan was to drive to Lussier Hot Springs, taking back roads through the heart of the Rockies.

According to Brodeur, an alpine storm on the second day, and they got stuck trying to cross a creek filled with snow and ice.  They tried building a small bridge out of hay, rope, cedar plants and boulders, but couldn’t get enough traction to drive up the hill.  When the vehicle rolled back into the creek, they saw no other option, but to stay put and wait for help.

Damon says they spent the next three days building smoke fires, setting up an orange signal blanket in the trees, and writing the word help in the snow.  He says they also honked the horn, blew whistles and flashed signal mirrors.

After spending three nights in the car, they left signs to show where they were heading, and walked to a nearby cabin.  Damon says they cozied up next to a fire, ate soup, and tinkered with a CB radio they found inside the cabin.  The next day, they heard a plane overhead.

Damon said they were healthy and happy the whole time, but he also acknowledged the backcountry is dangerous, and being prepared is key.

In a social media post recounting what happened, Damon stresses, “ALWAYS tell people where you’ll be.  ALWAYS have the basic survival needs in your car.  ALWAYS make yourself as visible as possible.”

The pair, along with their dog, were transported out of the area and taken to hospital for a full assessment.