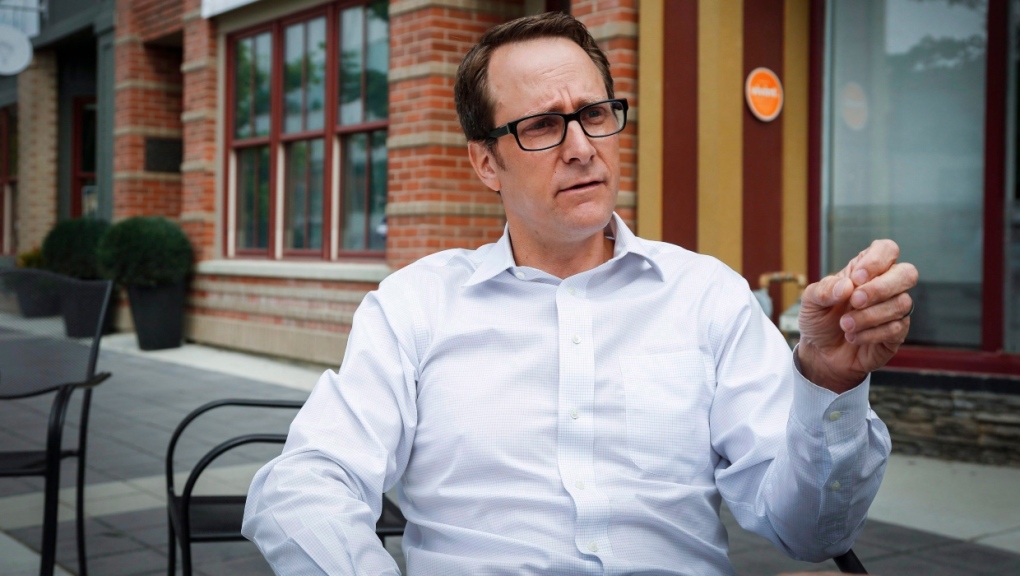 High River Mayor Craig Snodgrass gestures while being interviewed at a street side cafe in High River, Alta., Wednesday, May 31, 2017. (THE CANADIAN PRESS/Jeff McIntosh)

An Alberta mayor says he's concerned a massive public outcry over coal mining in the province's Rocky Mountains will be ignored after hearing Premier Jason Kenney tell him he remains an "unapologetic supporter'' of the industry.

"It's very clear to me that Premier Kenney is 100 per cent behind the coal mining companies,'' said Craig Snodgrass of High River after meeting with the premier, Energy Minister Sonya Savage and his local member of the legislative assembly, Roger Reid, earlier this month.

The comments came to light this week after Snodgrass informed town council about the meeting, which took place at Snodgrass' request. High River's council has been a vocal opponent of the industry's expansion.

The meeting occurred about two weeks after the government received public consultation reports on the expansion of the industry. Snodgrass said he asked for the meeting with the province to see if the reports had shifted Kenney's stance from that expressed in year-end interviews.

"I wanted to see, 'Are you serious about your comments?' He absolutely gave me his 100-per-cent honest opinion on it, whether I like it or not.''

Although the reports have not been made public, submissions posted to the committee's website suggest many, if not most, Albertans are opposed to seeing widespread open-pit coal mining on some of the province's most beloved landscapes and the headwaters of most of its drinking water.

Kenney is not, said Snodgrass.

"He made it very clear that he is an unapologetic supporter of the industry,'' said Snodgrass. He said the premier referred dismissively to the work of the coal consultation committee, which collected 605 emailed submissions, held 59 meetings across the province and published 16 technical papers and 36 meeting submissions.

"The only thing he said is that it is information that forms part of the decision.''

Neither Kenney's nor Savage's office responded to requests for comment on the meeting.

Coal development has been controversial in Alberta since spring 2020 when the United Conservative government suddenly revoked a policy that had protected the summits and foothills of the Rockies from open-pit coal mines since 1976. Within weeks, thousands of hectares were leased for coal exploration.

"One cannot claim to be listening and say their mind is made up,'' said Shannon Phillips of Lethbridge, a city which would be downstream of many of the potential mines.

Environment critic Marlin Schmidt called on the government to release the reports.

"We want to know exactly what the coal committee heard from Albertans and what it's recommending to government,'' he said. "The thousands of Albertans who have participated in the consultations will be able to tell whether the coal policy committee accurately captured what they heard.''

Snodgrass said his impression was that not everyone at the meeting shared Kenney's certitude.

"I do know members of the UCP, Sonya (Savage) and cabinet ministers, most of them are taking (the reports) seriously,'' he said.

But Schmidt said it's the premier who matters most.

"A split in cabinet doesn't matter. If there's disagreement, the premier will win."

This report by The Canadian Press was first published Jan. 27, 2022.