Hiker rescued by helicopter, hospitalized after fall in Kananskis 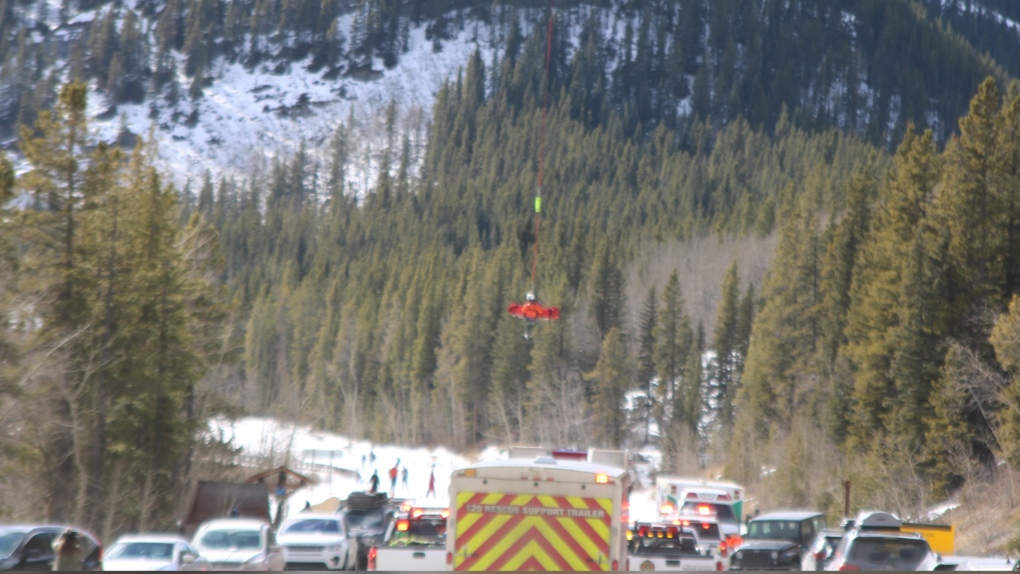 An injured hiker was flown from a location along Prairie Creek Trail in Kananaskis to an awaiting ambulance on Sunday afternoon. (photo courtesy: Sue Austin)

CALGARY -- A woman in her late 20s was transported to hospital in serious but stable condition after suffering a fall during a Sunday hike in Kananaskis.

EMS officials confirm the woman was hiking with a group on Prairie Creek Trail, off Highway 66, when she slipped. After losing her footing, the woman left the path and fell from an unconfirmed height to an area below the trail.

The group called 911 and a search-and-rescue helicopter was deployed to the scene. The woman was retrieved and airlifted on a sling to an awaiting ambulance near the Elbow Falls parking lot.

At the time of transport to the Foothills Medical Centre, the woman's condition was considered serious but stable. The nature of her injuries has not been confirmed.