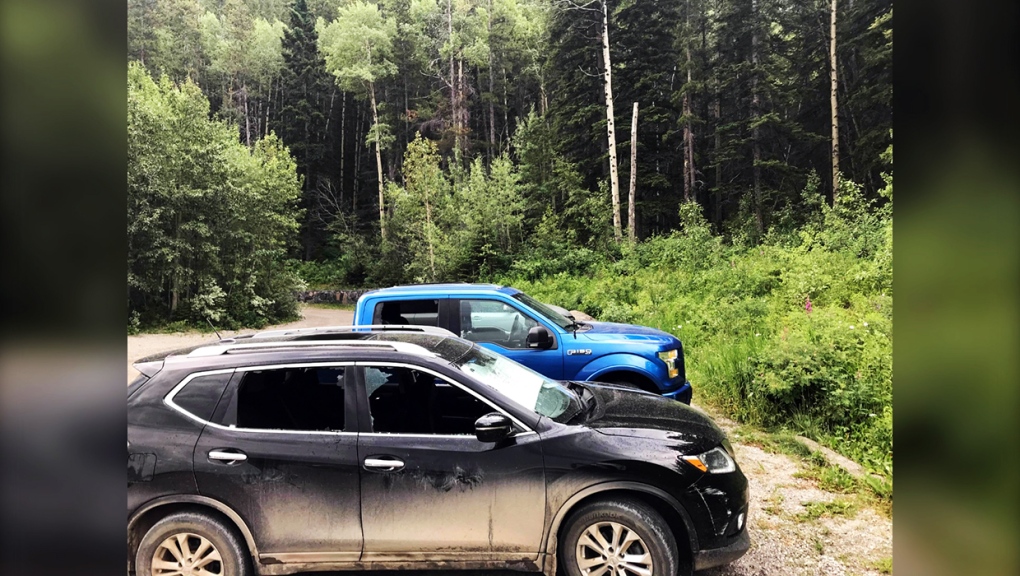 Vandals targeted hikers in Kananaskis Country this weekend, as several reported having the windows of their vehicles smashed.(Photo courtesy Chris Booth.)

Chris Booth and his family arrived at Heart Creek Trail Saturday morning and took a picture of the damage. "Each car had two to three windows broken and some of the glove boxes were open and things were thrown around," he said.

Canmore RCMP responded to similar reports earlier this month at the Yamnuska parking lot and at various spots along Highway 40.

Booth has reached out to local politicians and Alberta Parks with the hope of stopping this issue. "Cameras would help, but it's not going to stop it. I think the only other kind of action we can take is to increase awareness."

Canmore RCMP are advising people parking in those areas to lock their doors and take valuables with them.

Anyone with information on the July 24 break-ins at Heart CreekTrail are asked to contact Canmore RCMP.