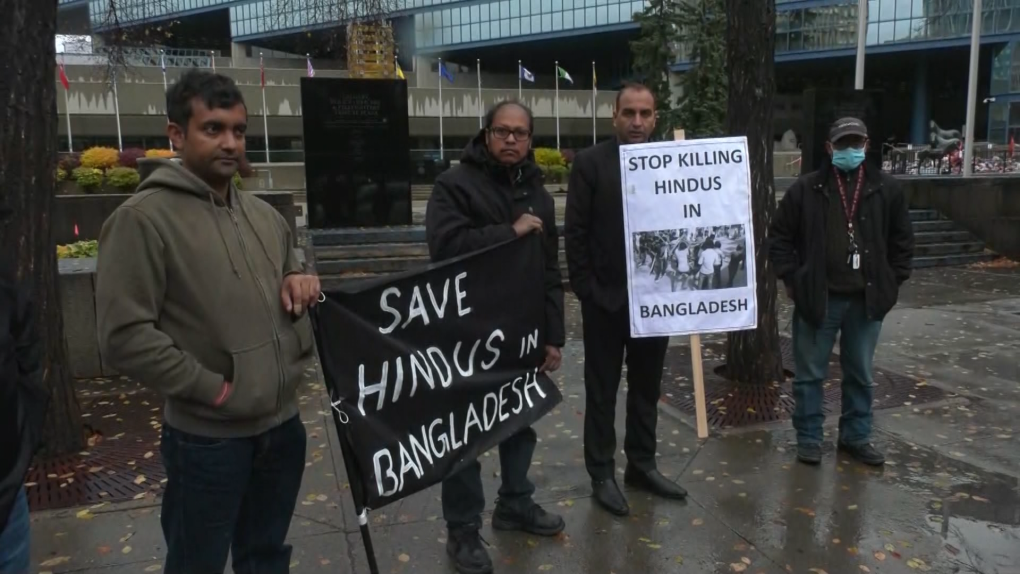 Calgary’s Hindu community gathered in a peaceful protest to condemn the attacks against Hindus in Bangladesh in recent days that have resulted in deaths.

The violence first erupted in Cumilla during a large Hindu festival, according to organizers of the rally Saturday.

“We ask the government of Canada to raise the issue and put pressure on the Bangladesh government to investigate and hold the perpetrators responsible while providing the appropriate remedies to the victims of these heinous crimes,” said Gobal Saini with the International Hindu Foundation.

Hindu temples and homes have been vandalized and burned in Bangladesh and people have been beaten and killed.

“This is not the first time attacks against Hindus in Bangladesh have taken place,” said Saini.

Around 3,600 attacks against Hindus in Bangladesh have taken place since 2013, added Saini. The country’s population is around 90 per cent Muslim, with less than 10 per cent being Hindu.

Organizers said that following the attacks, thousands of Hindus are living in fear, without food and shelter.