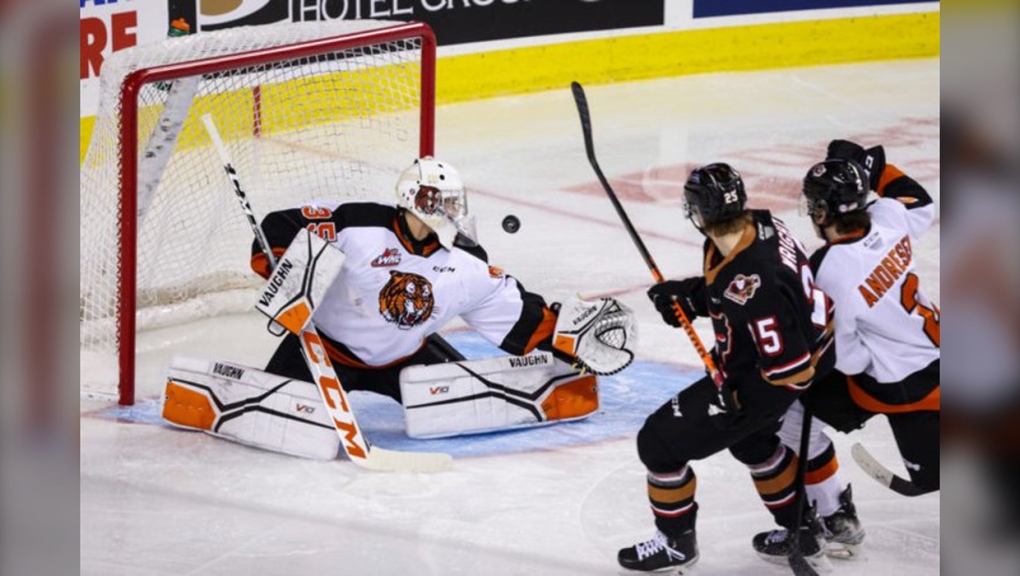 The Calgary Hitmen lost in the first of two weekend games at the Saddledome Friday night, dropping a 4-3 decision to the Medicine Hat Tigers.

The Hitmen fell behind by three goals early on, with the Tigers producing goals by Dru Krebs, Andrew Basha and Reid Andresen.

However, the Hitmen fought back, as Carson Wetsch, David Adaszynski and Brandon Whynott replied for the Hitmen, tying the score.

The game is picking up, but we are slowing things down 👀 pic.twitter.com/NZfA51A1ZE

It remained tied until the final minutes of the third, when Brandon Lee scored on a power play to give Medicine Hat the victory.

Calgary takes on Moose Jaw Sunday afternoon at 2 p.m. in the annual Teddy Bear Toss game. Fans are asked to bring a new or gently-used stuffy toy to the game to toss on the ice when the Hitmen score their first goal.

Medicine Hat takes this one. pic.twitter.com/sts91nt4z8