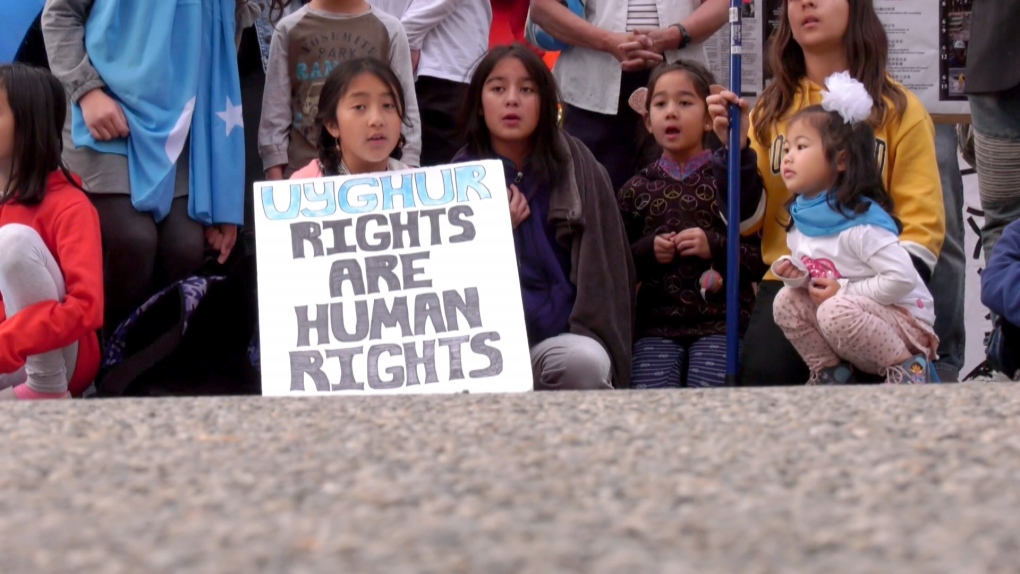 Dozens of Hong Kong supporters protested outside Jubilee Auditorium on Sunday as those inside were celebrating the 70th anniversary of the People's Republic of China.

More than 100 people gathered outside Jubilee Auditorium on Sunday evening to show support for Hong Kong during a celebration for the 70th anniversary of the People’s Republic of China.

The founding of the People’s Republic of China was proclaimed Oct. 1, 1949 at Tiananmen Square by communist party chairman Mao Zedong.

The group outside the Jubilee comprised of Calgarians from different ethnic backgrounds who say their people faced or continue to face, brutality from the Chinese government.

The groups say they align with the protests that have been ongoing in Hong Kong.

“I don’t know what they’re trying to celebrate, I’m not sure killing 80 million people during Mao’s 20-somewhat years of rule is anything to be proud of,” said Ken Tsang with the group Friends of Hong Kong Calgary.

Fellow protester Babur Ilchi said it’s important for people here to stand in solidarity with those in Hong Kong.

“It’s important to show support for all the other people who have been victimized by China’s aggressive approach toward their political situation,” he said.

“They have suffered, and we have suffered for years with over two million people in camps. Hong Kong is fighting for democracy. That’s something we can all stand behind.”

While the protest was happening outside the jubilee, performances and dances were happening inside to celebrate the anniversary.

Organizers called the celebration an opportunity for the Chinese to show sincerity to their motherland.