'Honking is the new clapping': Class of 2020 gets drive-thru graduation in Calgary 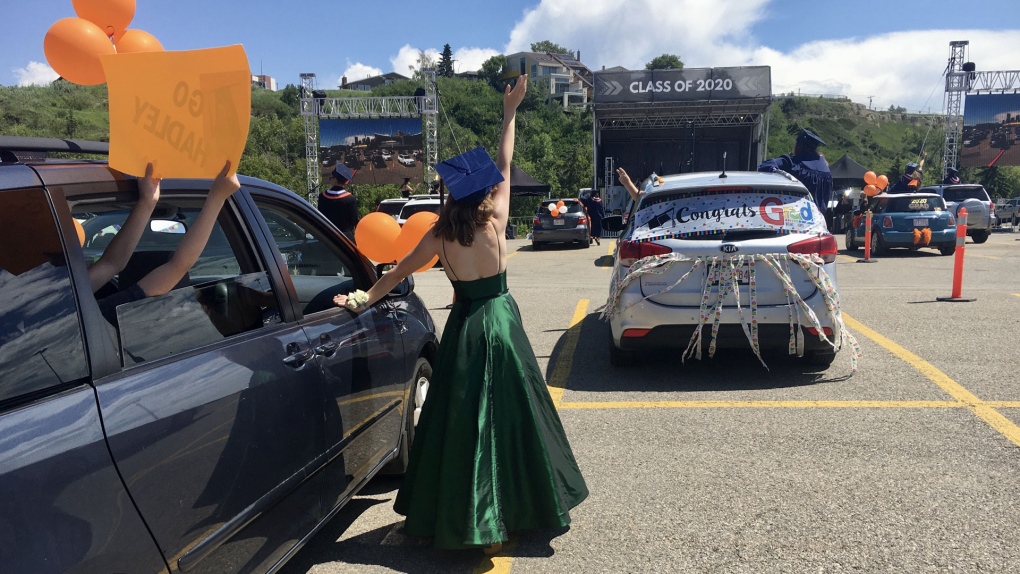 CALGARY -- After months of anxiety and facing the unknown, William Aberhart High School students got one thing that has been in short supply during the pandemic – closure.

With the vast parking lots of Stampede Park serving as the staging point, students from high schools across the city finally received the opportunity grace the stage, smile and receive their diplomas.

On Friday, the students of William Aberhart High School finally got their big moment.

"This is 13 years of education coming to a head," said graduate Hadley Perkins from the passenger seat of her parents’ car. "It’s something I did not see coming to fruition, but it could not be better."

The drive-thru graduation process involved entire classes arriving in separate vehicles, to be ushered into socially-distanced parking spots. The grads were then allowed to individually walk on a large stage to pause for pictures – and honks – from the crowd.

"We’ve actually had a few parents say this is better than a traditional grad," said Gary Davies, who organized the proceedings through E=MC2 Events. "They can dance around on the stage and really celebrate, after three months of being cooped up, this is their opportunity to really do something fun." 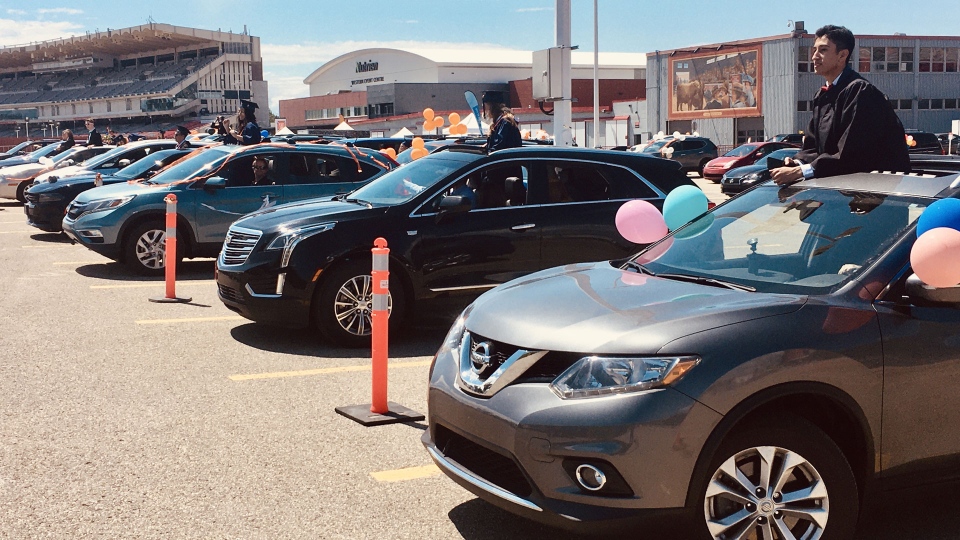 Through five days of the drive-thru ceremonies at Stampede Park, Davies said over 500 students were able to walk the stage.

For newly-graduated Perkins, it was a day she wasn’t sure was ever going to come.

"My parents called it my 'depression week,' I just moped around my room," said Perkins of her first few days in lockdown. "When I got that out of my system, I started to see the bright side, organizations making efforts to put on events like this and give us a graduation. I’m really touched by it."

As for changing the model for future graduations, Davies said it could revisited.

"We’ll see what the world looks like a year from now, the feedback has been pretty good," he said. "For now, honking is the new clapping."

Another 500 Calgary high school students will receive their diplomas next week in a similar process at Spruce Meadows.