Hot July has southern Albertans heading for the river

July has been one hot month for Lethbridge, recording an average temperature of 26 degrees Celsius. The heat has helped at least one local business.

“We have a lot of people coming in every day. Sales have been pretty good,” said High Level Canoes and Kayaks kayak instructor Abigial Pohl “It's so hot out and people just want to be in the water to cool down.”

Pohl says so many families have been  renting canoes, paddleboards and kayaks to beat the heat that he store is just trying to keep up with high demand.

The month of July has recorded a number of  hot days including seven over 30 degrees Celsius. Nearly half the month has been over 26 degrees as well.

Clear skies and sunny times aren’t the only reason people are heading out for a dip though.

Fire and safety staff are noticing more people on the river too. 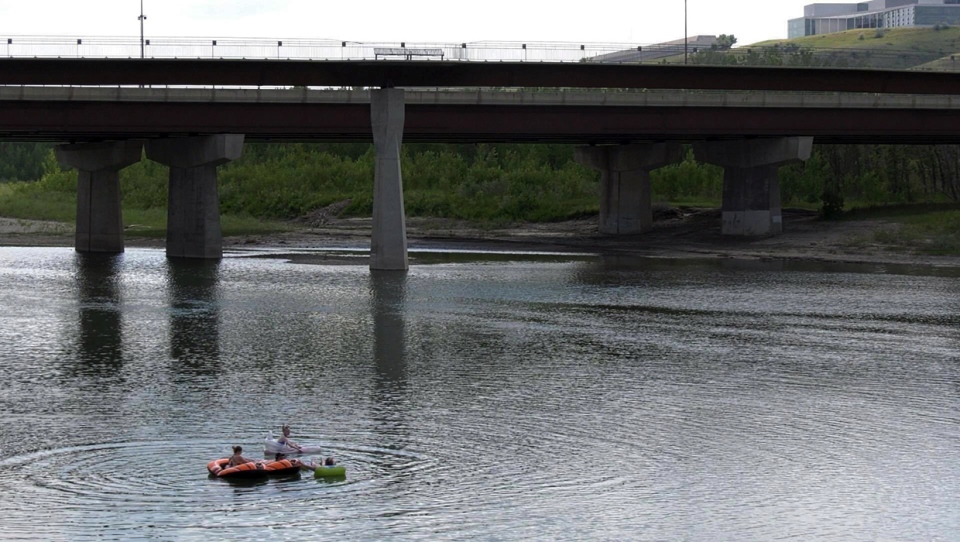 “Right now, people are just busier getting out in the river and in the lakes,” said firefighter and advanced paramedic Jarret Fowler.  “Our water rescue team has had to go to a couple of incidents involving drownings.”

Fowler advises would-be waterbugs to take the river seriously, and perhaps to postpone the party until you're back on dry land.

Wearing a lifejacket and staying clear of the weir on the river is advice Fowler is also passing along for those wanting to enjoy a safe and fun August long weekend.