How does a Canadian stay sane in a pandemic? Building a snow castle

CALGARY -- Chuck Nadeau has been building in the snow for a long time, “I’ve been working on snow castles all my life, ever since I was a kid and now that I have children and grandchildren and godchildren, I love building it for them.”

Nadeau says he likes to do it for the sake of exercise in the winter, but ultimately “It’s for the kids.”

Nadeau has lived in Alberta now for 10 years but his snow building foundation started in the eastern townships in Quebec where heavy, deep snow is a lot more common.

Talking to Nadeau about building snow castles however reveals that he is a bit of a master builder. The only difference between him and a home builder is that Nadeau's material melts in the spring - and he doesn't have to worry about plumbing or electrical codes.

He uses a rectangle form to make and pack snow-blocks, he lets them solidify over night and then stacks them up according to a pre-planned design.

“If you can’t stand on it (the block) after you cut it, it's no good," he says. “They have to be solid and you have to stack them like Lego – properly.”

This year's snow castle stands at an impressive nine feet and has a diameter of about 12 feet.  Nadeau says this is nowhere near his biggest. “I did one back east one year that was 25 feet high and that was after eight rain storms.” 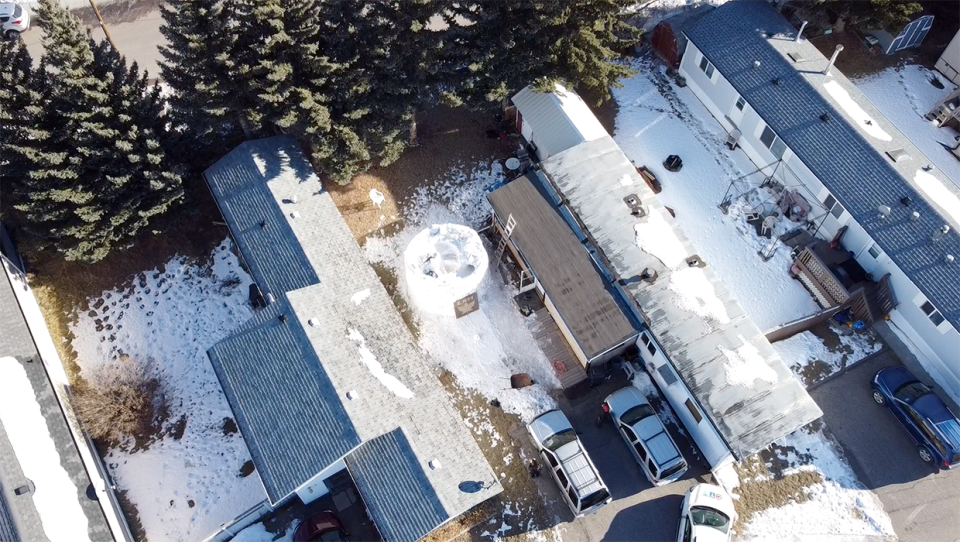 Nadeau has been sparking the interest of many in Black Diamond, including the daycare across the street. “I’m out here everyday trying to work on it, just because they love it," he says.

Truth be told: Nadeau loves it too. He would rather be building stuff out of snow than inside on the couch, watching Netflix and chilling.

“I can’t just sit inside and not do anything," he says.

And even though the weather is fickle in southern Alberta, with chinooks swooping in to wipe out his best work, Nadeau, to paraphrase the Cameroonian basketball philosopher Joel Embid, 'respects the process' when he commits to a build.

The base of the snow castle took Nadeau 11 days to build then after taking some time for it to set, he spent an additional two days carving out the stairs and slide.  When asked how long he intends to keep his unique hobby Nadeau says, “As long as I can," adding, “It’s certainly going to help prolong my life.”

And like any builder with a vision, he may add an extension. 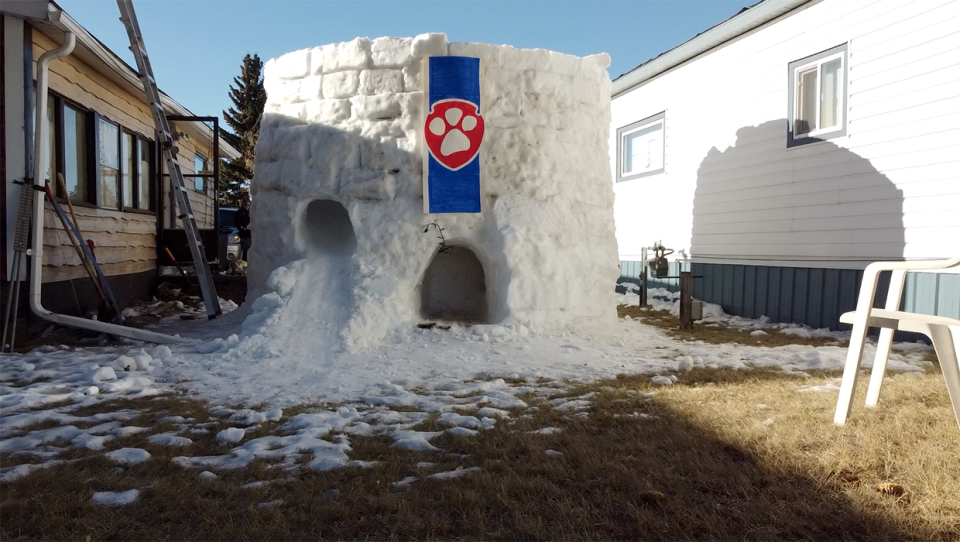