Hundreds of volunteers to clean Calgary's pathways, riverbanks and parks 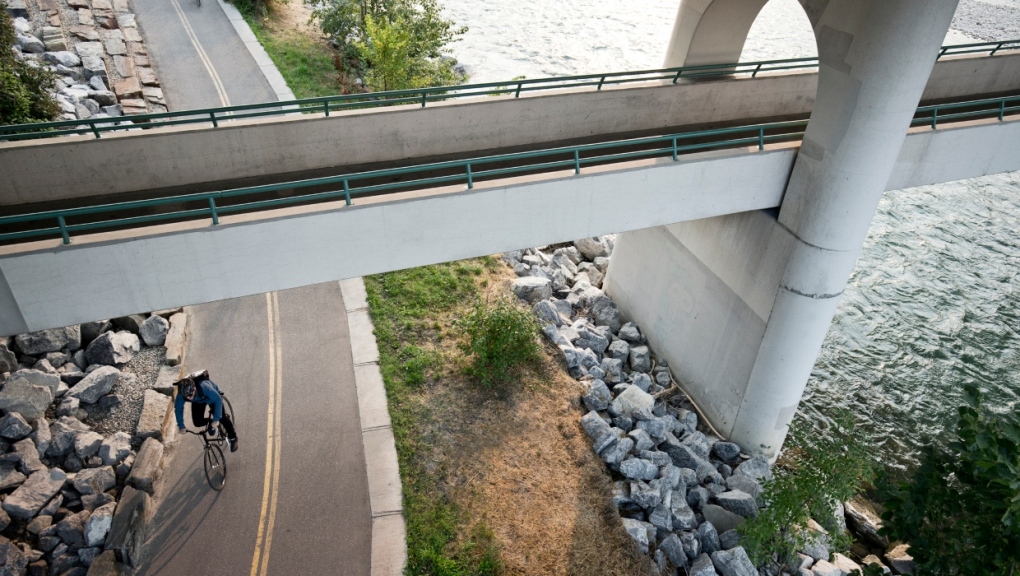 A cyclist rides on a path near the river in Calgary. (Getty Images)

More than 2,000 Calgarians have registered to volunteer their time this weekend to remove litter from parks, riverbanks and along the pathway system.

The 55th annual Pathway and River Cleanup will kick off Friday and continue through Sunday.

"The Pathway and River Cleanup serves as an important reminder to Calgarians of the responsibility we must care for our parks, rivers, pathways and green spaces," said Kyle Ripley, director of Calgary Parks, in a statement released Friday morning. "It encourages everyone to get involved in keeping our city clean, not just on one day, but throughout the year."

Approximately 2,100 volunteers will clear garbage and debris from 120 designated locations including 300 kilometres of pathways and river banks.

Registration for the 2022 cleanup effort, sponsored by ConocoPhillips Canada, has closed.

The inaugural Calgary Pathway and River Cleanup was held in 1967, spurred by 12-year-old Sandra Crawford. The preteen had spotted a mattress in the Elbow River and was unsuccessful in her attempt to remove it from the weather herself. Crawford then wrote a letter to the Calgary Herald about the mattress and her concerns led to the creation of what has since become an annual event.