Husband and wife charged in connection to shooting east of Calgary 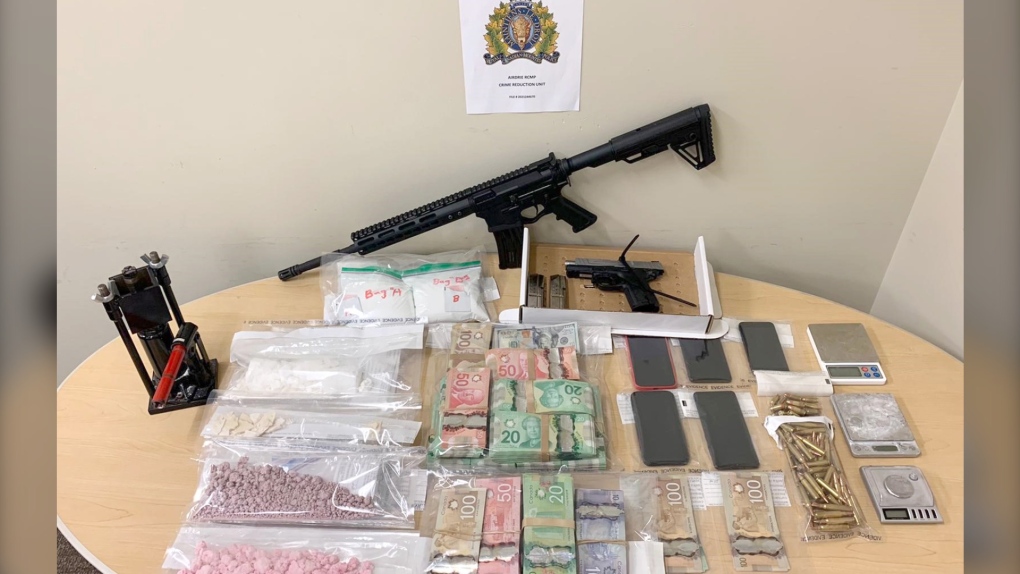 Some of the drugs, money and weapons seized by RCMP. (RCMP handout)

CALGARY -- A husband and wife are facing charges after police seized drugs and weapons relating to a shooting investigation east of Calgary.

RCMP were called to a subdivision off Range Road 284 in Rocky View County just after 1 a.m. on Feb. 24 by a homeowner who reported his upstairs bedroom window had been shattered by a bullet.

The initial investigation led police to a truck that was seen on surveillance footage in the area about the same time, however further inquiries by police led officers to a neighbouring home and a search warrant was executed on Feb. 26.

During the search, police seized:

Harinder Brar, 30, and Hazel Brar, 30, of Rocky View County, are each charged with:

The seized firearms were legally owned by the accused, and police said further investigational steps being undertaken in relation to the initial shooting complaint.

Both were released and are scheduled to appear in Airdrie provincial court on Mar. 25.