'I beg you': Calgary photographer's plea to thieves who ransacked his studio

CALGARY -- A Calgary photographer says his week didn’t go to plan, after losing $20,000 in cameras and equipment from his southwest studio.

Early Monday morning, Sam Obadero dislocated his knee. He tore his lateral meniscus, which he says may require surgery.

Leaving his studio Motif Photography that evening, Obadero hobbled out on crutches.

Upon return Tuesday morning, Obadero found several of his cameras missing and hard drives with all his artwork not there.

The next day, he was temporarily let go from his full-time job at the YMCA, as public health restrictions forced its closure.

“It’s been a very very interesting week for me,” said Obadero.

Obadero immigrated to Calgary from Nigeria in August 2018. His passion for photography is what keeps a smile on his face.

“My artwork and my storage, gone,” he said. “This is artwork that dates two to three years since I came to this country.”

He says he’s been shown love by many in the community through the way of donations.

“This is not going to stop us, we are just going to double down,” he said. 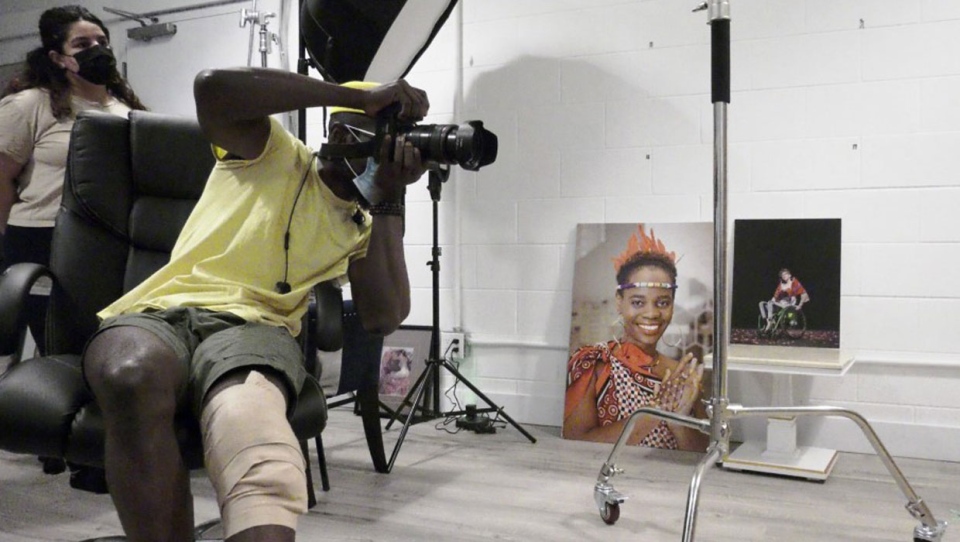 Obadero is pleading with whoever took his stuff to at least return what he cherishes most.

“I forgive this person,” said Obadero. “Anything you want to do, just return my storage, please I beg you.”

Tola Jimoh, a friend and fellow photographer created a GoFundMe campaign, which has nearly eclipsed its goal of $10,000.

“It goes beyond wanting to take just photos, it’s a craft, it’s an art to him,” she said.

“And when that happened there was an immense outpouring of love.”