CALGARY -- An eight-pound Yorkshire Terrier named Woody nearly became a late-night snack for a pair of coyotes in Edgemont last Wednesday, but his pet parent chased after the wild animals to rescue Woody, saving him from being turned into coyote crudite.

Marc David even used mouth-to-snout CPR on his beloved pooch after it was abandoned by the coyotes in nearby Nose Hill Park.

"On the fifth blow I heard gurgling noises," David said.  "I thought it was just the air coming out, but he kicked his feet and he opened his eyes."

Woody is now recovering from six deep punctures to his back and neck area, his throat was thankfully clear of bite marks. 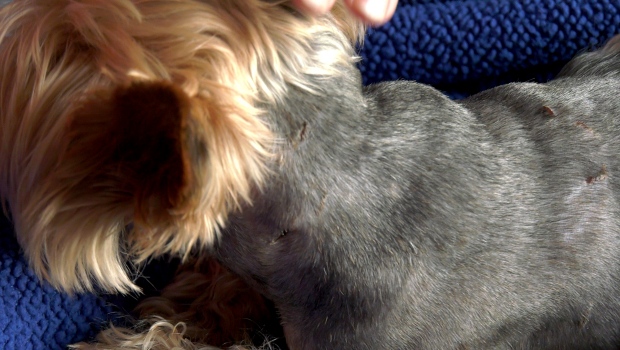 David said the ordeal took place around 10 p.m. as he was taking his garbage bins to the curb. The event was captured by security cameras set up at his front door and at his neighbour’s house.

He carried Woody in his arms, briefly set him down at the end of his driveway and began shoveling his sidewalk for a moment when he noticed his pet was gone.

"And then I see one coyote," David said. "He bolts back, and I look to see where my dog should be and he’s not there — and then I look again and I see another coyote with my dog in his jaw."

David pursued the pair of predators while yelling and screaming into the large Calgary park.

A Calgary veterinarian said encounters like these are not uncommon.

"We see the results of coyote attacks two to three times a month likely," said Dr. Danny Joffe, medical director at the VCA Animal hospital off Glenmore and Deerfoot trails in the southeast. "When it gets colder and it's harder for them to hunt, dogs may become more attractive."

Joffe recommended using a leash as much as possible, even in off-leash areas in case a predator is spotted in the distance.

Officials with Calgary Parks said they monitor the Edgemont neighbourhood on a weekly basis because of its proximity to Nose Hill Park and calls increase during the months of January and February during mating season.

According Chris Manderson, urban conservation lead with Calgary Parks, keeping the top predator population healthy is part of a healthy eco-system, including in urban areas.

"There’s actually good evidence that if you cull coyotes you get the opposite effect," said Manderson. "You will have an increase in the population,”

The city will destroy problem coyotes as a last resort on a case-by-case basis.

A Coyote Conflict Response Guide is posted on the city’s website.

As for David, he doesn’t want the coyotes who attacked Woody to be euthanized. 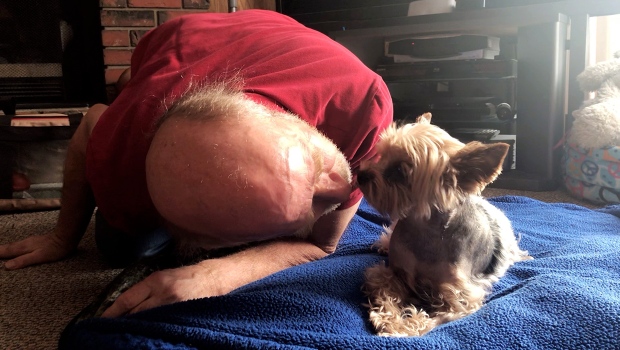 A Go Fund Me account has also been set up to help cover the vet bills.