Season Foremsky is being remembered for her kind and caring personality, as someone who would do anything for her two little girls and loved to make others smile.

The Calgary ICU and ER nurse was caring for COVID-19 patients at the South Health Campus throughout the pandemic, but tragically died this week after a suspected drug overdose.

“Baby you made me feel truly seen and loved like no other and I’ll miss you endlessly, see you in heaven with all the Angels and thank you for the time we had, it was a blessing.”

While there is no information on what prompted the suspected overdose, family members have confirmed to CTV News that Foremsky had previously struggled with a substance abuse problem in the past.

However, in the month prior to her death, Foremsky outlined a different kind of struggle on her social media pages, which detailed the trauma and abuse she faced while working on the frontlines.

“I got my first vaccine in December, was on AHS TV and couldn’t stomach the disgusting comments people made yet I still gave the best care I could,” read a Facebook post Foremsky made on Sept. 17.

“Fast forward to ‘the best summer ever’ as us healthcare workers cried, and we are scared. We have PTSD, went on medical leave, and even quite because every single one of us saw this wave coming. Now I’m tired, I cry before my shifts, I have severe anxiety, but I still give the best care I can.”

Foremsky added she found it extremely difficult to watch young children say goodbye to family members who were once completely healthy, but would inevitably still succumb to the COVID-19 virus.

She spoke out against protestors outside of hospitals who "claimed their rights" were being taken away, and asked others to recognize the health crisis.

“Stop thinking of only yourself,” Foremsky wrote. “I’m not saying get the vaccine, I'm saying keep your mask on, social distance, don’t go out when you are sick.

“And so help me god you block my ambulances from getting into my ER I will run you down. Protest anywhere but a hospital.”

Like many other nurses, Foremsky admitted in another Facebook post on Aug. 12 that she was working 60 hours a week and beginning to feel the burnout of the pandemic.

She says she was humbled by the support of community members who stood behind nurses, but the pressure of Alberta’s overwhelmed ICU system was getting the better of her and her co-workers.

"Our healthcare system is on the brink of complete collapse EVERYWHERE. Nurses are not tired, we are DONE.  RRT’s are not burnt out they are (expletive) done. EMS, tech, doctors, PCTs, every healthcare provider is completely defeated,” Foremsky wrote.

“I work consistently short staffed and I mean dangerously short staffed, but yet nothing has changed, or if it does they want us to go backwards. This last year of my life has actually been a living nightmare.” 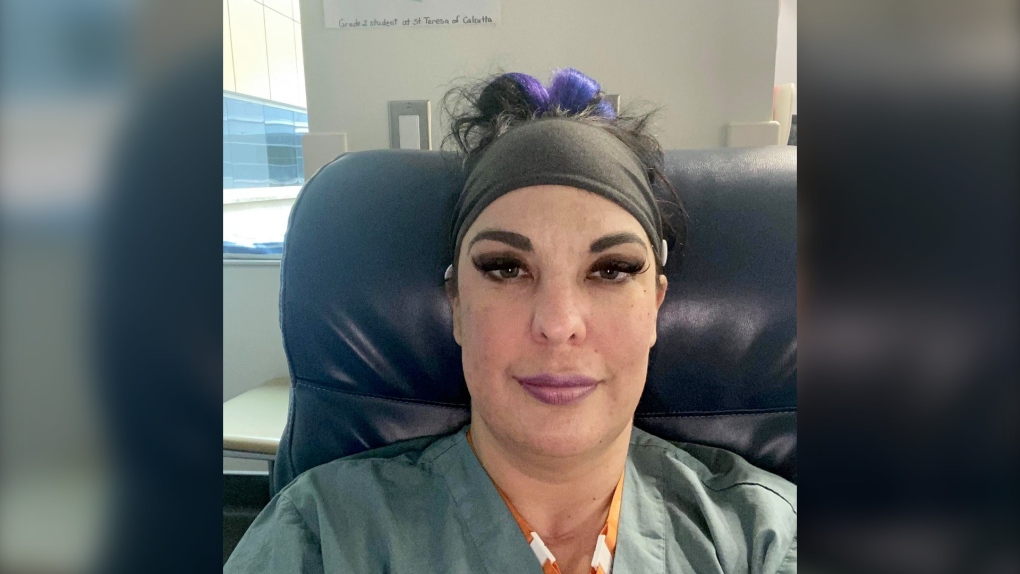 Season Foremsky was a nurse in the ER and ICU in Calgary who documented on social media about abuse she and other front-line health care workers face. Foremsky died after a suspected drug overdose. (Supplied)

CTV News reached out to the Foremsky family for comment, but the family has requested privacy as they continue to grieve their loss.

“Our frontline physicians and nurses are under extreme stress and pressure,” Yiu said.

“The pandemic is impacting individuals and our teams both physically and mentally."

'WE FAILED HER': SUBSTANCE MISUSE NETWORK

When Petra Schulz — co-founder of the substance misuse network Moms Stop the Harm — heard the news of Foremsky’s passing, she felt sadness, but mostly anger.

“We failed her on so many levels,” Schulz said

“This was something she was obviously struggling with. We failed because of the stigma and the criminalization of people who use substances which causes people to hide their use. We failed her because we pressed her so hard as an ICU nurse that she needed ways to cope.”

Schulz says Foremsky’s death was entirely preventable, adding that five Albertans on average are dying every day from an opioid drug overdose.

She notes that the more funding is needed for consumption sites and harm reduction services across the province along with additional resources available specifically for healthcare workers.

“This is the time where we should focus on keeping people as well as possible and nothing is done in that regard in this province, there's no efforts made in that direction," she said.

“We need to expand harm reduction, but we also need to provide access to a safe pharmaceutical alternative to toxic street drugs because that's why people are dying. The street drugs are increasingly toxic and if you give them alternatives, you connect them with the healthcare system in a positive way."

Schulz says a member of the Foremsky family has reached out to Moms Stop The Harm in an effort to help the relatives cope with this difficult situation.

60 PER CENT OF NURSES PLANNING TO LEAVE THEIR JOB: STUDY

Burnout and mental health issues are becoming increasingly problematic in the workplace for frontline nurses, according to the recent ‘Outlook on Nursing’ snapshot survey released by the Canadian Federation of Nurses Unions (CFNU).

The study, which surveyed 7,153 regulated Canadian nurses across the country found that:

CFNU President, Linda Silas says working conditions for nurses are becoming unstable from a mental health perspective as frontline workers deal with the constant pressures of the pandemic.

She says many nurses are being redeployed onto COVID units where they are not placed in a role they are fully familiar with.

“Not knowing if you have enough staff to deal with your workload every day is just the build up, it's a buildup of stress, but it's a build up for the whole team of not being able to do your job properly, all the time,” Silas said.

“You have to imagine the pressure comes on three fronts. You have your own professional expectations, you don't want to leave your co-workers, your patients, and then you have your family pressure, because, just look at overtime which has increased across Canada 78 per cent in the last year.”

Silas called the news of Foremsky’s death "extremely heartbreaking" as she offered her condolences to family members, co-workers and friends who were closest to her.

“I send all my condolences and strength to her family and friends, but unfortunately she wasn't the first, and if we don't find a way to support our workforce, she won't be the last,” Silas said.

“Governments have to take their heads out of the sand. This is not a political game. We all have to be at the same table, we have to treat our nurses or healthcare workers with respect, and we have to do it now.”

The CFNU is currently working with close to one million health-care workers across the country, but says there is no federal agency to collect data on the best practices, ways to retain staff, or recruitment strategies.