'I feared for my life': Calgary doctor shares battle with COVID-19 as younger demographic being hospitalized

CALGARY -- A Calgary physician contracted COVID-19 while working at a hospital in Montreal during the first wave of the pandemic and is sharing his experience to encourage others to get vaccinated.

Dr. Jordan Mah doesn’t know how he contracted COVID-19, but he does know it’s something he doesn’t wish on anyone else.

"I can’t explain how difficult it is…I don’t want anybody to go through that experience," said Dr. Mah.

"At one point I feared for my life," he said.

Dr. Mah is an infectious disease fellow at the University of Calgary. He became infected last spring during the first wave of the pandemic while he worked at a hospital in Montreal.

He described his experience by posting photos on social media and says he spent a week in the intensive care unit on high-flow oxygen. He says it was terrifying not being able to get out of bed or being so breathless he couldn’t speak.

"Mentally I want to say I’m pretty strong but physically it just wears down on you having a fever, of 40 degrees and sort of sweating….It was to the point where I wasn’t able to shower without oxygen, I couldn't even go to the bathroom on my own." 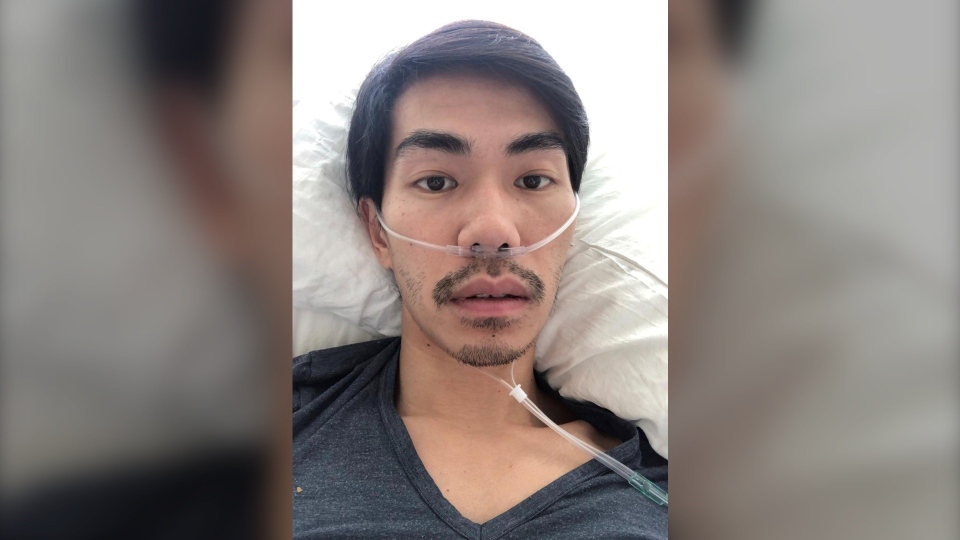 Dr. Mah is speaking out as a warning to others, as the pandemic continues and is impacting younger and younger people.

"With the new variants, younger people are getting sick and that’s a fact," said Mah.

Canada’s Chief Public Health Officer Dr. Theresa Tam has said previously that coronavirus variants may be impacting younger Canadians more than the older population because many seniors and vulnerable groups have been vaccinated.

As of Thursday morning there are 643 Albertans in hospital, including 145 in intensive care units (ICU).

In Calgary, 260 people are hospitalized, including 63 people in ICU.

Dr. Mah says he trusts vaccines approved by Health Canada and has been vaccinated.

He understands there is a lot of misinformation being shared about vaccines, but he believes those being administered are effective against hospitalizations and death from COVID-19.

"I would empower people to sort of make that decision for themselves but I think it’s really important to vaccinate so that we’re able to develop herd immunity and sort of put this pandemic behind us."