'I felt spit on my leg': Local drag king spat on downtown

CALGARY -- Jordan May, a Calgary drag king whose stage name is Duke Carson, is the latest victim of a spitting incident in the city.

“We were about halfway through a shot, three men walked past me, and one of them spat on me while we were mid-take,” May said in an Instagram video. “Then as he walked past me, I felt the spit on my leg and saw the droplets that didn’t make contact.”

May was with local photographer Mackenzie Jefferies on Stephen Avenue Saturday afternoon when the incident occurred. They were filming a pride submission video.

Jefferies posted the video to Facebook  and it’s been shared hundreds of times.

A similar incident was also caught on camera in Inglewood about two weeks ago where a man spat on a woman and used a racial slur. He has since been arrested and charged.

The latest incident involving Duke Carson comes just less than a month away from Calgary Pride. The organization says what happened is horrifying, but not surprising. 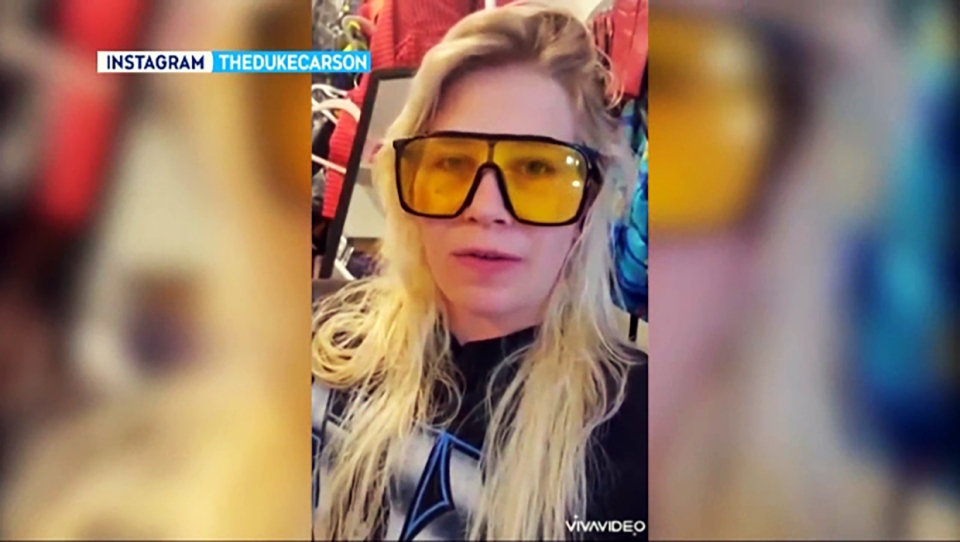 “I’ve been engaged with the pride movement for over 12 years, and it happens every single year,” says Parker Chapple, the executive director of Calgary Pride.

“It happens in different ways, some of those are microaggressions and some of those are [what] community member and talented performer Duke Carson experienced—where they are very, very purposeful, aggressive and violent.”

Calgary police say they are aware of the video and are investigating. Its Service Diversity Resource Team has also been advised.

May says they have been in contact with police but unsure if they’ll pursue a formal complaint.

Calgary Pride hopes the public can learn from this incident.

“Hold each other accountable for being better people,” says Chapple. “If you see something happening, say something, do something, don’t walk by. That is your power.”

May says they’re thankful to have had friends with them during the incident and are reminding others to stay safe.

“Be kind, be respectful, everybody’s got something going on. The least you can do is be kind,” says May.