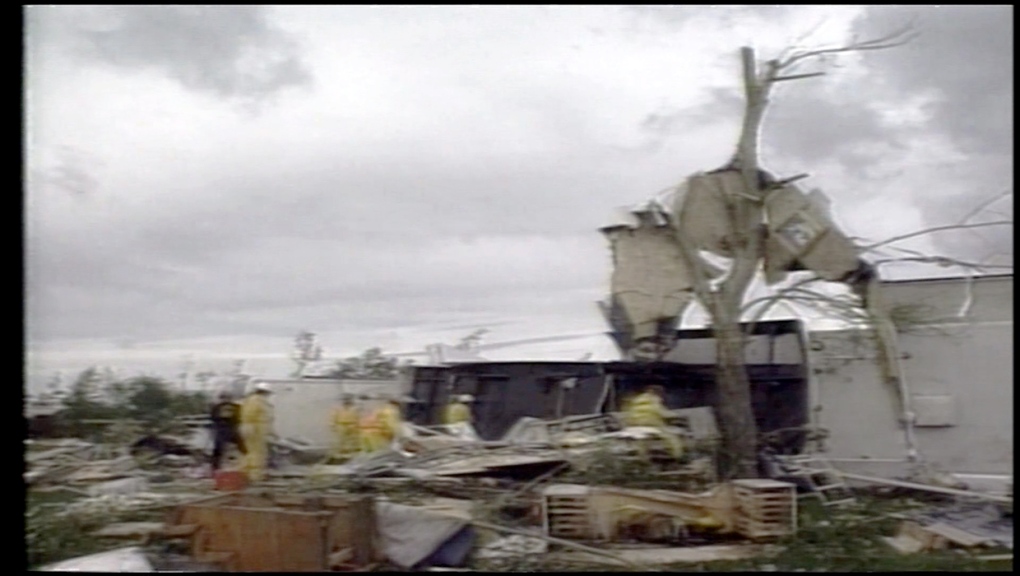 20 years ago, an F3 tornado ripped through the Green Acres Campground in Pine Lake, Alberta, killing 12, injuring more than 100 and destroying buildings, trailers, vehicles and trees

LETHBRIDGE, ALTA. -- Former Lethbridge Police officer Jeff Cove said surviving one of Canada’s worst tornado disasters is not something that you ever forget. “We think about it, I guess, every time July 14 comes around," Cove said.

Cove, his wife Monica and their two daughters were spending their summer holidays at the Green Acres Campground in Pine Lake, Alberta 20 years ago Tuesday, when an F3 tornado ripped through the campground, killing 12 people, injuring more than 100, and leaving a path of destroyed buildings, trailers, vehicles and trees.

Two decades later, Cove still remembers some of the warning signs, “Odd colours in the sky, that day the sky was green," he said.

The tornado was preceded by a pounding hail storm. “The kids had actually gone and put their bike helmets on as the hail started to get bigger and bigger,” said Cove.

As the Coves struggled to get the awning down on their tent trailer, the wind grabbed the awning and trailer and rolled it up the hill.

“I got blown right out of my shoes, and smacked into a tree,” said Cove, who somehow managed to grab his 11-year-old daughter and fall on top of her. “A trailer rolled over the two of us, and I thought that was it.”

Jeff’s wife Monica was seriously injured when she was knocked down and crushed under the family van. Cove emptied the back, and found a two by four and rock that he could use as a lever. “Two guys came by to help and they pried the van up so I could pull her out," he said. 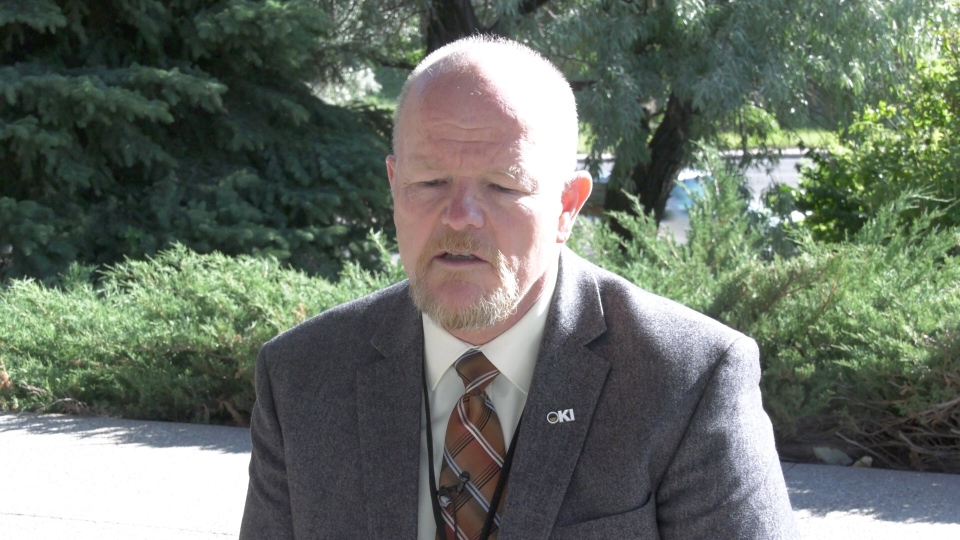 Monica was airlifted to Calgary by STARS where she was treated for a broken pelvis, broken ribs and a serious leg injury.

Their 8-year-old daughter was with family in a different part of the campground when the tornado hit. Cove said he found the trailer on its side, but his daughter somehow escaped injury.

He said when he looks back on that day, first and foremost he thinks about how lucky they were.

“There was a lot of debris. I was amazed at the boat motors and axes and all kinds of stuff that was flying around.”

It was later determined the wind speeds had reached almost 300 km/h.

Even the Cove’s dog Harley survived. He had been placed inside the tent trailer, and was missing for two days before being rescued by the SPCA.

Cove said while he was searching for his youngest daughter, he came across two people who appeared to be deceased, and from time to time, he thinks about the people who died, including the youngest victim of the Pine Lake tornado, a two-year old Ontario boy.

“Like Lucas Holton would be 22 today. He’d be maybe finishing university,” said Cove.