'I had a gun pointed at me when I walked in': Pregnant victim of alleged sexual assault testifies 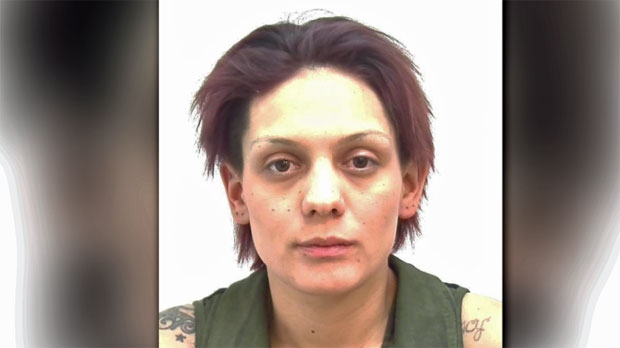 Harrowing testimony was heard Wednesday from a sex trafficking victim who said she was held captive in the small, windowless room of a downtown apartment for five days in December 2017 where she was repeatedly assaulted and forced to have sex with strangers before she managed  to escape.

“I had a gun pointed at me when I walked in,” said KM, whose identity is protected under a publication ban. “This whole experience was so traumatizing for me.”

KM, who was emotional at times, testified at the trial of Jessica Vinje, 30, who faces charges including human trafficking, sexual assault, forcible confinement and assault.

On Dec 8, 2017, KM, who worked as an escort, said she went to an apartment building on 5 Avenue S.W. to meet a potential client.

KM said she was met by a male who brought her upstairs, where she was immediately punched in the face, stripped down and taken into a room she described as small, like a walk-in closet with a small futon.

KM told court she endured days of torture, “I was offered to numerous friends or acquaintances of Jessica. I can remember her saying it was discount day and offering me to her friends.”

KM said she knew about 10 clients who answered online ads but said she wasn’t aware of how much money Vinje received from those men.

At one point KM said she handed one of those men a tiny piece of paper with her name, the address of where she was and a friends address saying she needed medical help, but she said no one came looking for her.

During the confinement, KM said she was driven to an unknown location with a mask over her face. She said she overheard a conversation where she was going to be sold to someone for $500, but that transaction didn't go through.

“Probably the most scared I’ve ever been was during the drive,” said KM. “I didn’t think I was going to make it.”

KM cried as she told court she heard her captors discuss shooting her.

“I told them I have a two-year-old daughter and asked if I could call her to say goodbye and Jessica said 'no'. That’s the thing that causes me the most trauma out of this experience,” KM told the court through tears.

KM said she was was then taken back to the apartment.

She told Crown Prosecutor Donna Spaner she was given very little to eat or drink and had to beg to use the washroom. On one occasion, she said she was allowed to take a timed, two-minute shower.

On Dec 13, 2017, KM said she noticed the apartment was unusually quiet so she carefully opened the door of the room and saw one man who appeared to be passed out in the living room, but no one else was there.

KM said she ran barefoot across the street to a nearby liquor store and asked the clerk to call 911. She said she was hysterical and was terrified she was being followed.

Vinje was arrested later that month.

KM said she was three months pregnant at the time.

Vinje’s trial is being presided by a judge alone and is scheduled for two weeks. KM will be under cross examination on Thursday.

Previously, two teens pleaded guilty for their roles. A third suspect, who was underage at the time is wanted on a warrant.