'I knew I had to split the prize with him': Alberta siblings share $1.5M lotto prize 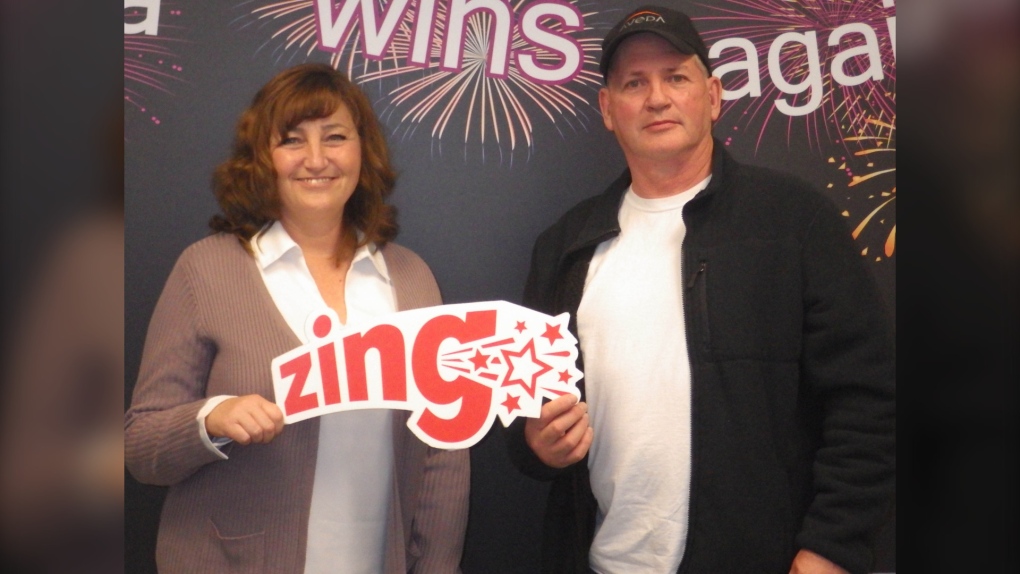 CALGARY -- A Chestermere woman is sharing her $1.5 million SUPER SET FOR LIFE lottery win with her brother and says she would not be basking in the winner's circle without him.

Kerrine Stoll asked her brother Jim Gill, who lives in Calgary, to pick her up a winning $20 ZING ticket while he was in Edmonton and he did just that.

“Jim bought a lottery ticket a little while ago and won $100,” said Stoll in a release. “A couple days after that he bought another ticket and won again. So I told him to buy me a ticket the next time he buys one. I was hoping I would win $100 or something like that – I was not expecting this!”

Stoll says she soon realized she would not be cashing in on the $1.5 million grand prize if it wasn't for Gill.

“When the shock started to fade a bit I realized this is all because of Jim,” she continued. “I knew I had to split the prize with him.”

Stoll and Gill will each receive $750,000 and have similar plans for the money.

“So far, I think the first thing we’re going to do is speak with a financial advisor,” said Stoll. “We want to make sure we’re making smart decisions with this money.”

“Eventually we’re going to plan a trip with our families,” she said. “We’re going to go to Disney Land when it’s safe to travel again!”

The winning ZING ticket was bought by Gill at the 7-Eleven located at 3615 Calgary Trail in Edmonton and is the 18th million-dollar or more win in the province since the beginning of the year.