I love you (behind bars): Police release series of Valentine's Day cards for wanted Calgarians 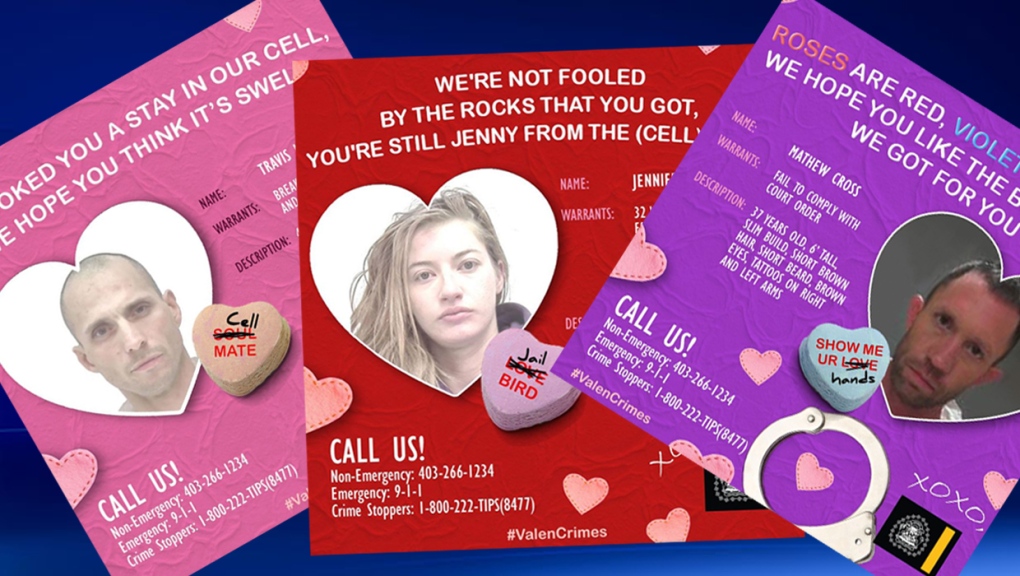 The Calgary Police Service released its series of #ValenCrimes cards on Friday, Feb. 14

CALGARY -- The Calgary Police Service has taken a cheeky approach in its ongoing effort to arrest three wanted Calgarians.

To mark Valentine's Day, the CPS released a series of cards on Facebook expressing their desire to be reunited with Matthew Cross, Jennifer Clark and Travis McLellan.

Cross, 37, is wanted in connection with failing to comply with a court order. Police say they're looking to outfit Cross with a set of restrictive bracelets. "Mathew...Diamonds and rings don’t seem like your thing…so this #ValentinesDay we got you a different type of bling." 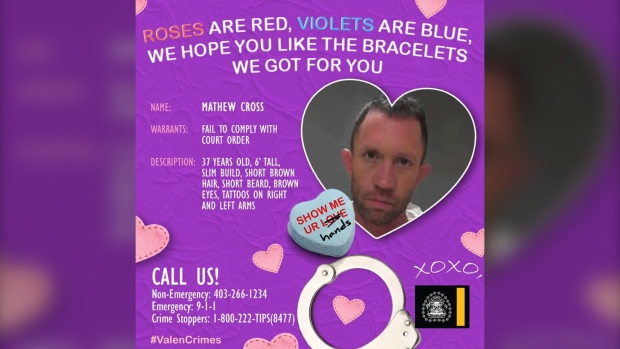 Police found inspiration in the lyrics of Jennifer Lopez in their plea for information regarding the whereabouts of Clark, the 23-year-old woman wanted in connection with a number of offences including fraud, theft and flight from police. "Hey #yyc, let’s get loud! Help us find Jennifer and make us proud. #JennyFromTheBlock " 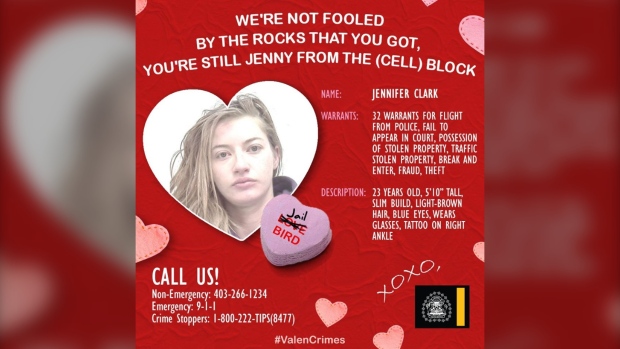 McLellan is wanted in connection with a break-and-enter. " Clear your schedule, Travis, because we’ve got a secret getaway planned. It's rated 5 stars and it’s gonna be grand!" said the Calgary Police Service in its Facebook post. 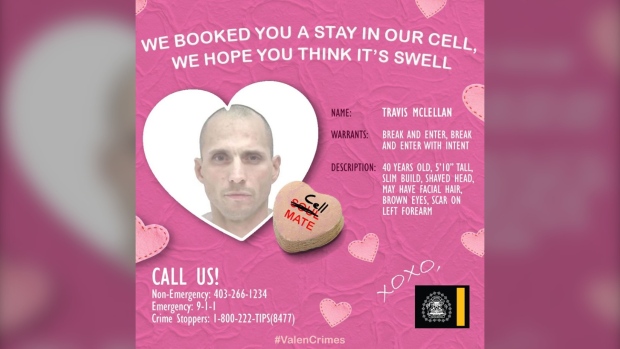 Anyone having information about the current whereabouts of Cross, Clark or McLellan is asked to contact the Calgary Police Service at 403-266-1234 or anonymous tips may be submitted to Crime Stoppers.