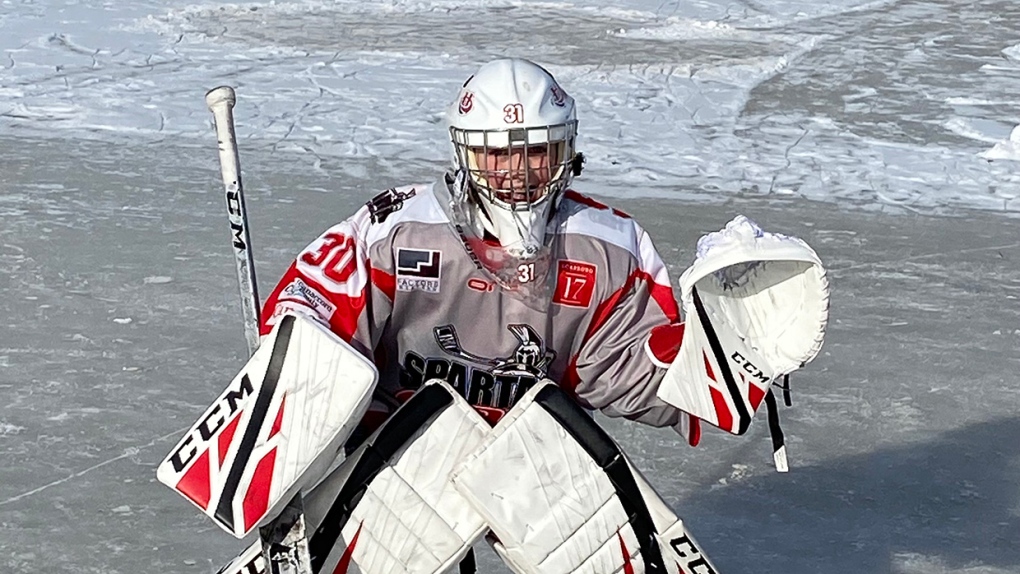 It's not all that common for kids from the relatively small city of Lethbridge to make the team, let alone two good buddies in the same year. Above, goalie Oliver Skog.
LETHBRIDGE, Alta. -

To some people, travelling across North America for hockey at just 10 or 11-years-old may seem like a stretch.

But for Oliver 'Ollie' Skog and his good friend Briggs Fabro, the dream of playing for Team Brick Alberta and competing against the continent's best young hockey players has been top of mind for the past few years.

"I was really excited that I made the team. When I heard the news, I was actually driving home from another skate and I'm just way too excited," said Ollie, an 11-year-old goalie from Lethbridge.

It's not all that common for kids from the relatively small city of Lethbridge to make the team, let alone two good buddies in the same year.

"On a scale of one to 10, I'm probably at a 10 for how excited I am. I can't wait to see all my buddies," said Briggs, a ten year old centre who's also from Lethbridge.

The boys may be young, but they're constantly working on their game and honing their skills.

In fact, Briggs even lives in the basement where his net, stick handling equipment and a mountain of pucks is set up for whenever he feels like peppering the net and improving his abilities. 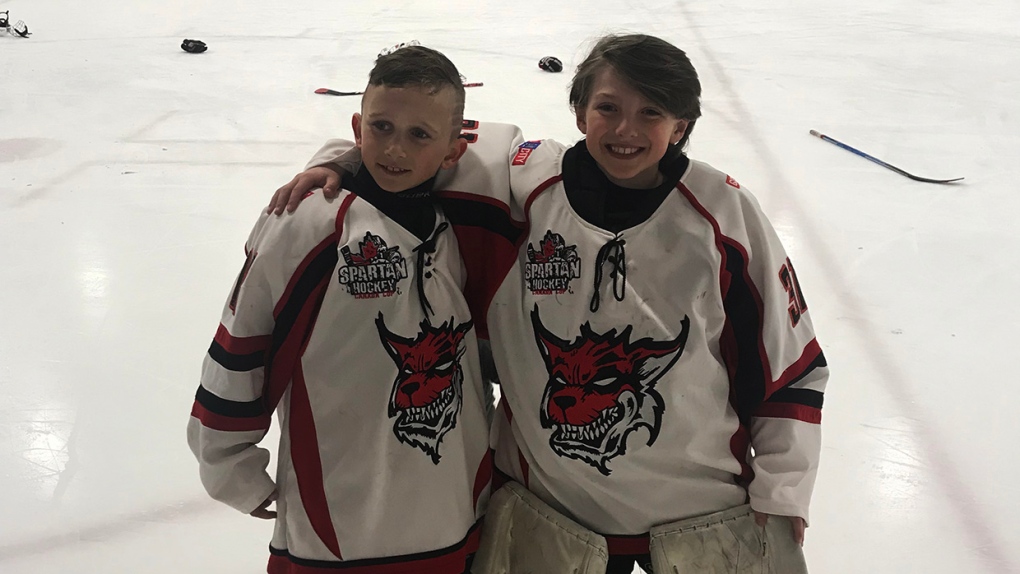 "I shoot every day. 100 pucks every day. I do 70 shots and then 30 backhands and then I stickhandle when I'm done and I get better every time I do it," he said.

For Ollie, he's lucky to have a dad who grew up in the sport and can show him the ropes to help him take his game to the next level.

"My dad's like my goalie coach because he was a goalie growing up and he still is," he said.

"He's helped me all the way with a lot of stuff like learning new techniques, styles and how to get there faster."

150 kids were invited to tryout for Team Brick Alberta, but just 18 made the cut.

The competition to earn a roster spot is fierce, but the two Lethbridge boys put in the hard work and impressed at camp.

"For the boys to be representing the south is pretty big for them and pretty neat for all of Lethbridge and their minor hockey products," said Ollie's dad Brad Skog.

"It's pretty cool for the boys to do it together as well." 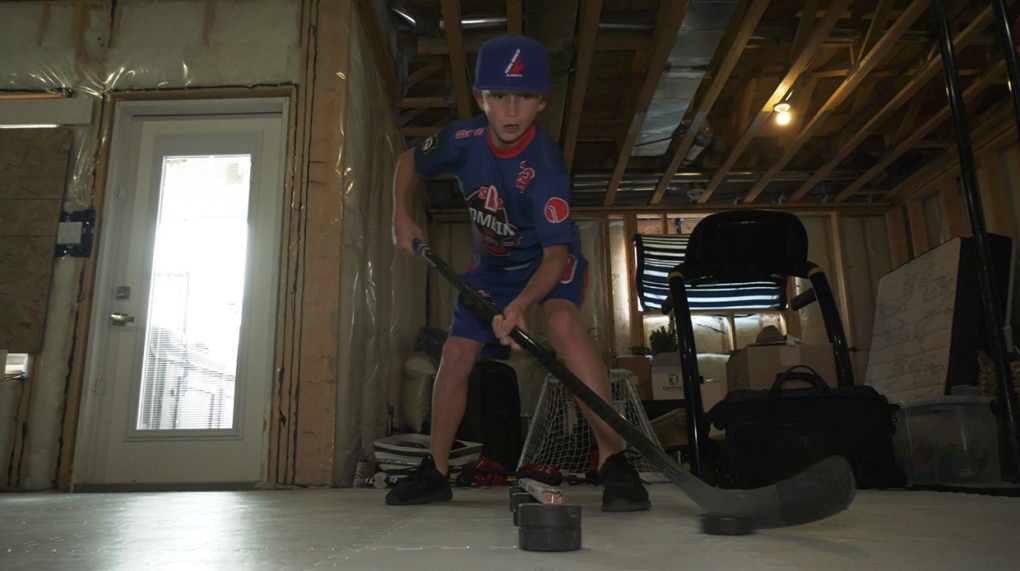 The team's first taste of real competition will come at a tournament at the West Edmonton Mall starting August 15.

In a normal year, teams would be flocking to that tournament from across North America, but with the uncertainty surrounding COVID-19 during the planning stages, only Canadian teams are set to take the ice for the most high octane competition of the year.

NHL stars like Steven Stamkos, Johnny Gaudreau, Brayden Point and many others once played in the same league.

They may be young, but being able to compete at the top level makes for some very proud parents.

"We're just absolutely pumped and thrilled for both of them. A lot of hard work that they both put in to achieve this," said Briggs' dad Scott Fabro.

"One thing I always tell my family is work ethic and attitude are the two things that you can control and the rest is history."

For Briggs, his favourite player in the NHL is Nathan MacKinnon and he tries to model his game after his speed, puck control, shooting ability and athleticism.

Ollie on the other hand, being a goalie, said his favourite player is Braden Holtby for his physical and mental toughness, athletic ability and technically sound performance.

As Canadians are waking up to more of the same after Justin Trudeau managed to hold on to power following Monday's election, international media reacted to the prime minister's 'gamble.'

Despite a low number of victories for LGBTQ2S+ candidates in Monday night’s election, advocates say it’s a positive development to see a more diverse and partisan mix of contenders engaging in federal politics.

OPINION | Tom Mulcair: Voters sent a chastened Trudeau back to his job with a stern warning

All of Canada has just repeated a message sent loud and clear to Justin Trudeau two years ago: 'we don’t trust you with a majority,' writes former NDP leader Tom Mulcair in an exclusive column for CTVNews.ca.