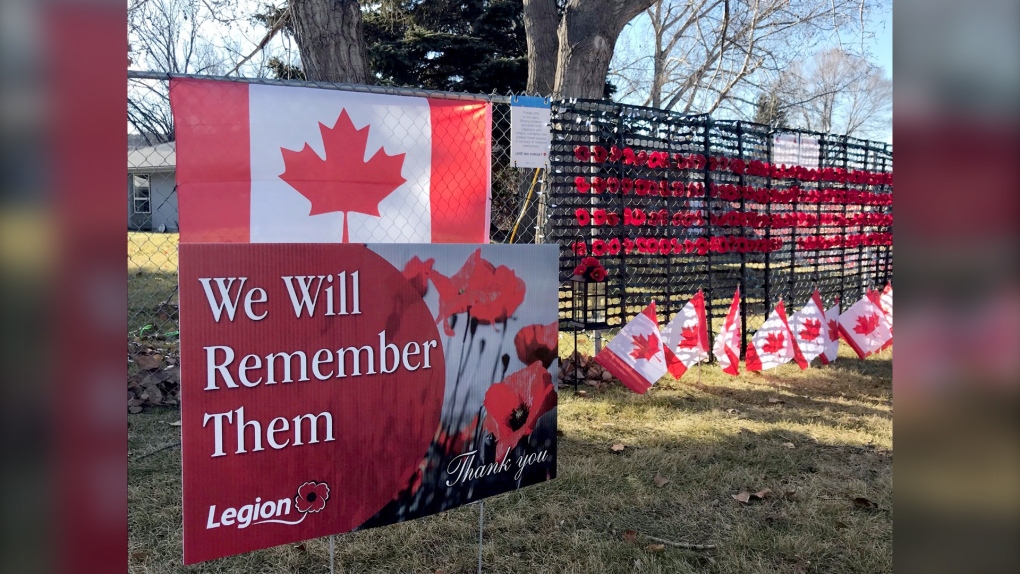 Residents at the Silvera for Seniors in Montgomery are knitting and crocheting poppies to pay tribute to veterans this Remembrance Day.
CALGARY -

Residents at Silvera’s Shouldice community in Montgomery are knitting and crocheting poppies to pay tribute to veterans this Remembrance Day.

It’s common to see poppies on sweaters and lapels leading up to Remembrance Day, and residents at Silvera for Seniors are making sure they will also be displayed in the community for Calgarians to see.

"My husband was in the military and I honour him," said Phyllis Whitten, who knitted and crocheted 158 poppies. "It’s very important that we take the time out to remember."

Whitten added remembrance should be for all service members and sometimes we forget that it’s not just people who have contributed.

"It’s important to remember the service dogs," said Whitten. "The purple poppies started in Australia for animals that fought in the war. British Columbia picked it up and I found out about it and wanted to do it."

Gerald Roberts is the community manager at Silvera Shouldice and a 12-year veteran with the British Army.

"We wanted to acknowledge Afghanistan because it’s been in the news so prominently this year," said Roberts. "People forget that there’s other active service persons, Afghanistan, Gulf War, Second Gulf War and all the peace keeping missions. We’re all veterans."

Along with the poppies, 54 flags were created by Shouldice residents to represent their own personal stories.

Remembrance Day is on Nov. 11.

The original version of this story indicated Silvera for Seniors - Shouldice was located in Bowness. The complex is located in the community of Montgomery.