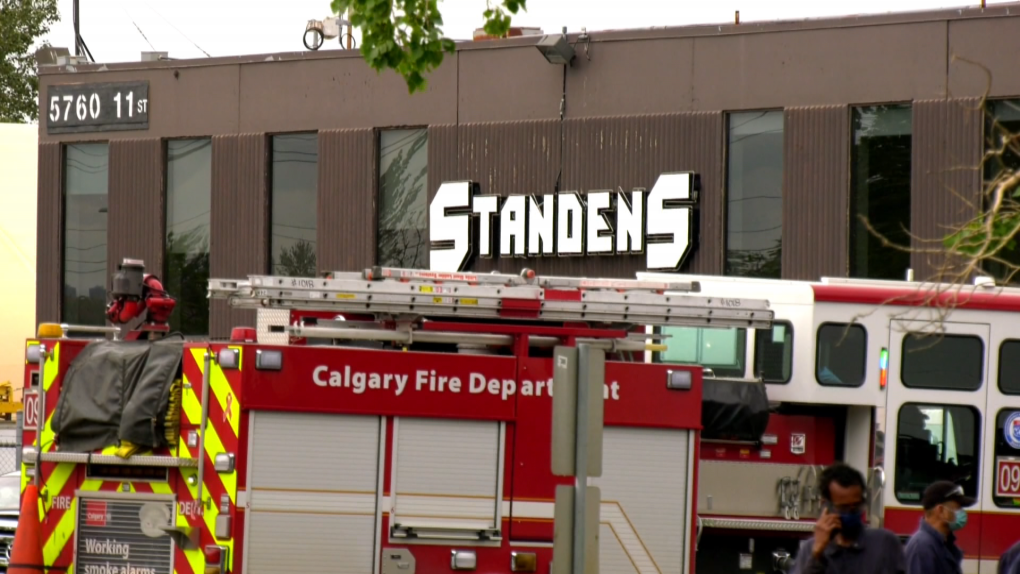 Fire crews responded to IMT Standen's Monday afternoon after a fire broke out that was sparked by overheating machinery.
News -

No injures have been reported after fire broke out at an auto parts manufacturing plant in the Burns Industrial Park in southeast Calgary.

Fire crews were called to the IMT Standen's location in the 1200 block of 58th Avenue S.E. shortly before 1 p.m. Monday.

Calgary Fire Department officials confirm about 140 people were being evacuated from the building and heavy smoke was pouring from the steel shop when firefighters arrived on scene.

All staff members are safe and accounted for, and have returned to the building. No injuries have been reported.

A preliminary investigation confirmed the fire was ignited by a piece of machinery that overheated.

Monday's response was not the first time fire crews have been called to the southeast business.

CFD members extinguished fires at IMT Standen's in July 2020, which was also attributed to overheating machinery, and in April 2015.