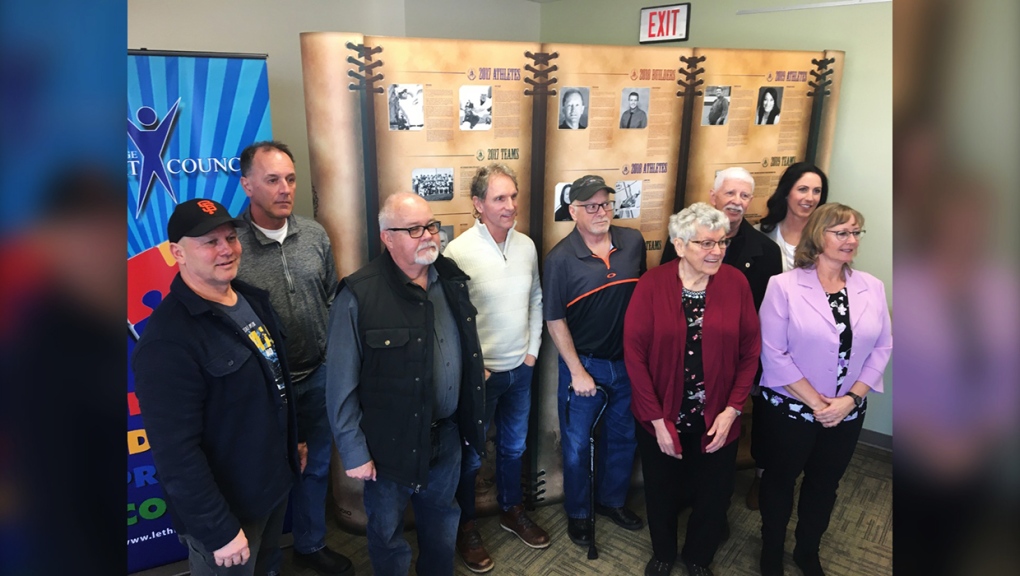 The inductees into the Lethbridge Sports Hall of Fame gathered Thursday

LETHBRIDGE -- The Lethbridge Sports Hall Of Fame (LSHOF) is celebrating  its 35th birthday, and on Thursday gave itself a present: six new inductees to the LSHOF roster who have made an impact in the city and in the Canadian sports world.

Over 320 have been inducted since the LSHOF was first formed in 1985. Nominations were made up of four different categories: Athlete, Team, Builder and Special Award. The awards will go to one athlete, one team and four builders.

Soccer and Athlete inductee Jolene Watson said she was so grateful for the support her friends and family gave to her and is proud to have grown up in Lethbridge.

“Coming from a small town, I felt very privileged to be able to do a lot of the things I did," Watson said,  "but I just hope,  especially for females, that I could be an inspiration for those young girls to come up that they have so much to look forward to.

"We have such a great strong soccer system here," she added, "and I hope that if they want something they should go get it.”

Watson had an outstanding soccer career that even led her to scoring a National U-17 Gold Medal in 1999. She won Player of the Year three times in her four years at Oklahoma State University, among many other achievements.

Receiving the team induction was a home run kind of feeling for the 1983 Schwartz Angels.

Team inductee and former slo-pitch champion Bill Henderson said his team (1983 Schwartz Angels) were one of the hardest working teams in Lethbridge.

“Lethbridge was renowned for slo-pitch at the highest level at that time," Henderson said. "The teams we competed against were the best of the best and we’ve been told by teams outside of Lethbridge that the real Canadian championships were actually the Lethbridge playoffs.”

Henderson added that their revival team deserves just as much credit because it made them want to work even harder.

The builder category is about recognizing the leadership, and dedication of those who have helped with the development of sports.

Builder inductee for multi-sport Cliff Nelson said that, as a past chair member of the LSHOF this is an honour he didn't expect.

“It’s an honour," Nelson said. "I never would’ve thought I would have that opportunity working with various organizations -- the Lethbridge Old Timers Sports Association, the Hockey Hounds and other things in ball that has been a privilege to be involved and volunteer for various groups.”

Nelson said if it wasn’t for all of the help and hard work from all the volunteers, his induction wouldn’t have been possible and he looks forward to volunteering and assisting with the 2020 Alberta Summer Games.

The theme for this year’s induction banquet will be multi-sport hosting in celebration of the 2020 Alberta Summer Games being hosted in Lethbridge.

The banquet takes place Friday May 1st at the Canadian Western Bank Lounge in the Enmax Centre.