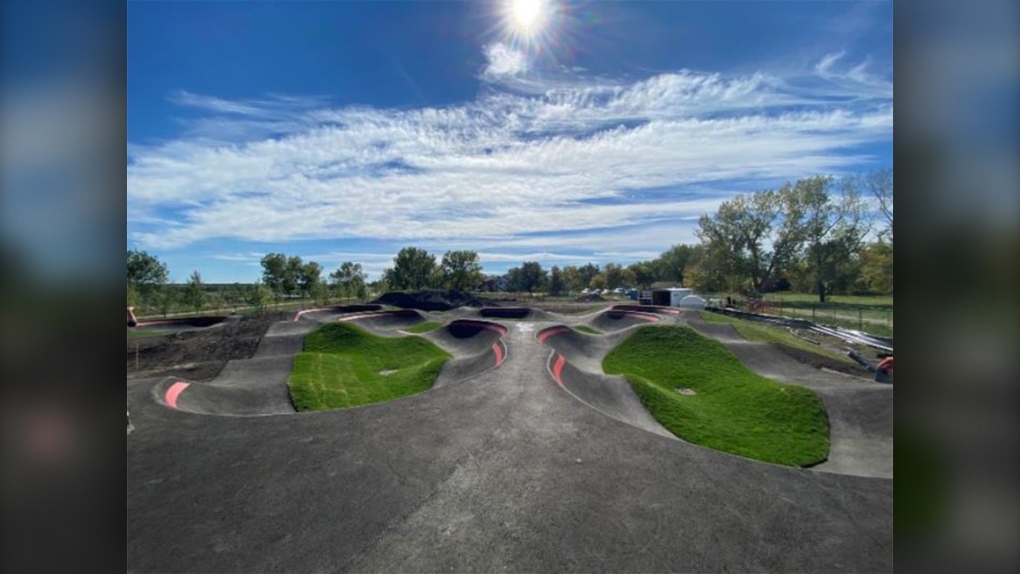 Cyclists in Calgary are hours away from having a new pump track at their disposal.

The track is located in a greenspace along the Bow River near the intersection of 20th Street and Seventh Avenue S.E  and will be open to cyclists of all ages and skill levels.

Parks Foundation Calgary partnered with the Calgary Flames Foundation as well as the city and provincial government to bring the project to fruition.

Several neighbouring residents voiced their concerns with the location of the track earlier this summer, saying they were never consulted and feared the park would bring additional traffic to the area that serves as a wildlife corridor.