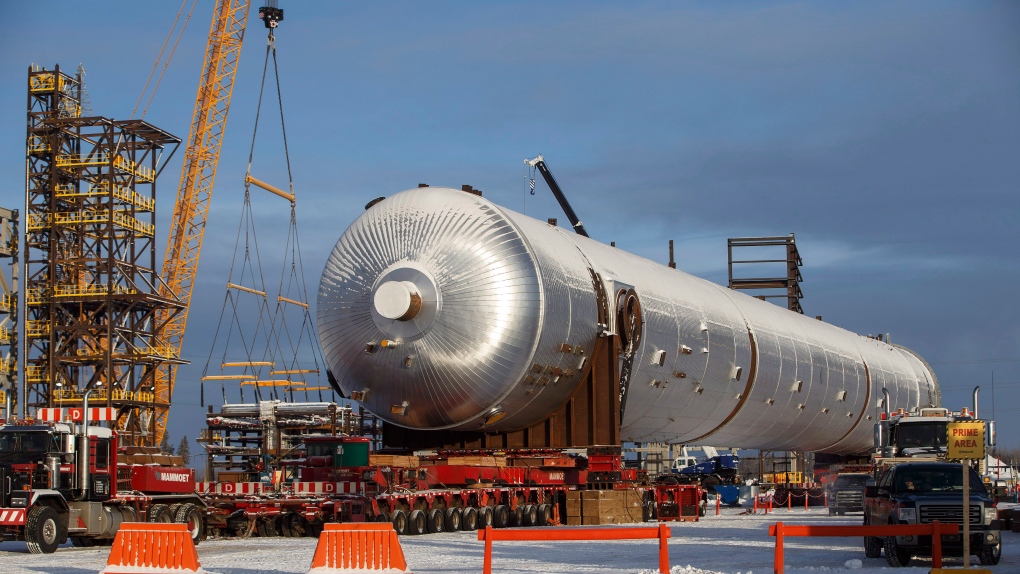 CALGARY -- Inter Pipeline Ltd. has rejected a revised hostile takeover offer by Brookfield Infrastructure Partners LP that allows shareholders to receive their payment entirely in cash instead of a mix of cash and shares if they want.

The company urged shareholders to reject the offer and support its friendly all-stock deal to be bought by Pembina Pipeline Corp., which would see shareholders receive half a Pembina share for each Inter Pipeline share they hold.

"Brookfield's latest bid variation, the removal of its cash proration condition, does not change our view that the Pembina Arrangement remains the superior proposal and is in the best interests of Inter Pipeline and its shareholders," Inter Pipeline chair Margaret McKenzie said in a statement.

Brookfield Infrastructure said last week it would eliminate a cap on the amount of cash available under its proposal after what it says was feedback from institutional and event-driven investors.

It has offered $19.50 in cash or 0.225 of a Brookfield Infrastructure class-A exchangeable share for each Inter Pipeline share. It has also said that it is prepared to increase the cash portion of its bid by up to 90 cents per share if it is successful in its challenge at the Alberta Securities Commission of a $350-million break fee Inter Pipeline would have to pay Pembina.

In its own application to the Alberta regulator, Inter Pipeline is seeking to force Brookfield Infrastructure to provide greater disclosure related to a total return swap that it says gives it economic exposure to 9.9 per cent of Inter Pipeline's shares in addition to the 9.75 per cent stake in the company it owns.

Inter Pipeline and Pembina are concerned Brookfield may use the total return swap in an effort to block shareholder approval of the Pembina deal.

Pembina said it is important that all shareholders involved in a large transaction be given transparency and a fair, unencumbered process to choose the deal that they determine to be in their best interests.

"This is equally important for sophisticated investors and individual retail holders," Pembina chief executive Mick Dilger said in a statement.

"Brookfield cannot use its 'block' of shares to threaten the strategic merger with Pembina, while at the same time claiming that it does not control these shares and that they count toward acceptance of its tender offer. Brookfield is clearly conflicted and must step back and let Inter Pipeline's other shareholders choose the best offer."

This report by The Canadian Press was first published June 21, 2021.