CALGARY -- With record cases of COVID-19 across Canada this week some regions are imposing restrictions but Alberta’s provincial and municipal governments have given no indications they are doing the same.

A day after a call for action from Prime Minister Justin Trudeau urging premiers and mayors to act, Calgary’s mayor says most of the power lies with the province.

“Here in Calgary, we are part of (Alberta Health Services) so we've got some limited levers that we can pull. Ultimately, those decisions need to be made at the provincial level,” said Naheed Nenshi.

The mayor says he reached out to Jason Kenney Tuesday and is waiting to speak him about the rising number of COVID-19 cases.

“If the municipal government steps out on its own and starts making decisions to do with public health and trying to legally enforce those powers that can be declared unconstitutional.”

Ontario’s provincial government talked more Wednesday about how it is working with municipalities on a targeted approach with restrictions in hardest hit areas.

“What our framework does, it creates a baseline, and I've always said no one knows their area better than the local medical officer of health, the local mayor, local MPs, MPPs and councillors,” said Ontario Premier Doug Ford.

Edmonton’s mayor says he is also waiting advice from the province.

Mayor Nenshi adds Albertans have power of their own – taking measures to protect themselves and others.

“Here's the choice for Christmas: a small quiet Christmas with the people who live in your house or a Christmas with a bunch of empty seats at the table that will never be filled again. It's our choice.” 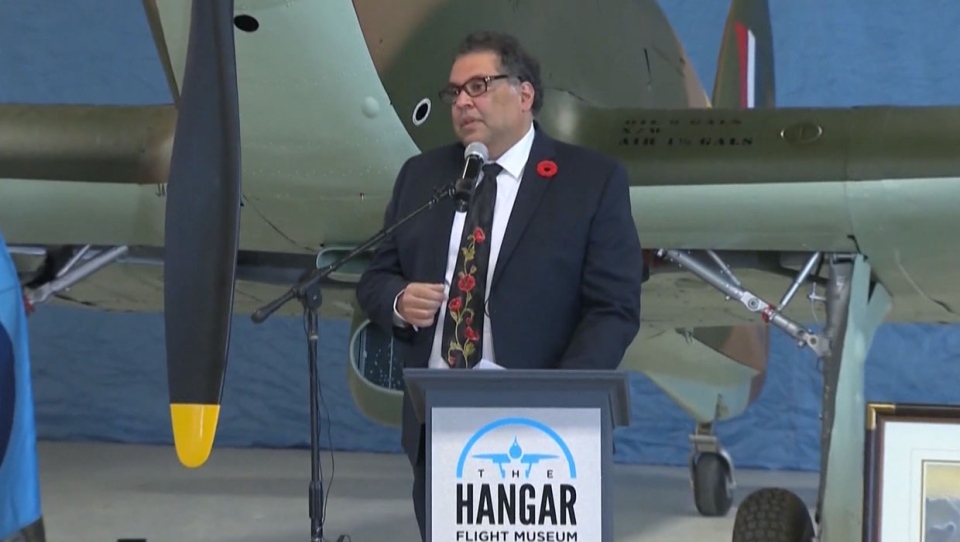 Wednesday afternoon, more than 1,800 people had signed an online petition saying they don’t want another Alberta lock down.

On Monday, 70 Alberta medical professionals wrote a letter to the province asking for a two-week-long shutdown to help reduce cases and let contact tracers and the health system catch up.