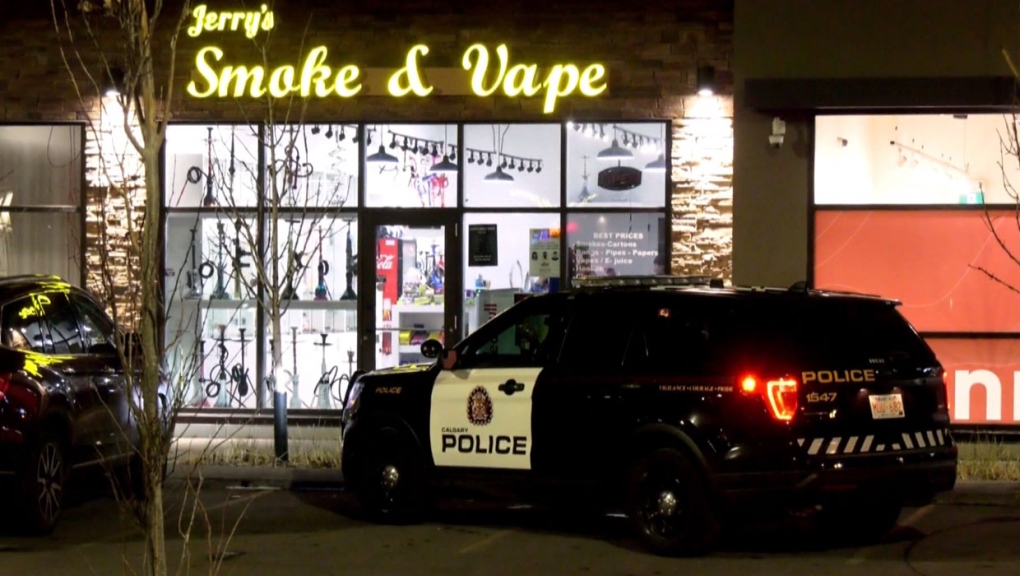 A group of suspects connected to an armed robbery in northeast Calgary fled the scene before police arrived.

Police are looking for suspects after they say a smoke and vape shop was robbed at gunpoint on Friday evening.

Officials say a number of people entered Jerry's Smoke and Vape on Country Hills Boulevard N.E. at just after 6:30 p.m.

One of the suspects pointed a gun at the clerk, police say, and they fled a short time later.

No one was hurt, and police are still looking to make arrests.