The number of people moving to Alberta is outpacing those who are leaving by a margin not seen in nearly eight years and some new residents are celebrating their choice to move.

Statistics Canada says Alberta experienced positive net migration of 9,857 in the second quarter of 2022 – the last time the rate was this high was in 2014.

Ontarians were the majority of new residents to Alberta, with net gain of 6,281.

"With cheaper real estate, affordable living, close to nature, a beautiful city – it's a win-win situation," said Umar Khan, a digital entrepreneur and co-creator of the social media account @Toronto2Calgary.

He and his wife post content of southern Alberta vistas and destinations, often with the caption "this is why we moved to Calgary."

"We feel like it's a real close-knit community here, which we really love," said Atefah Khan.

The couple moved to Calgary last spring shortly after their wedding, feeling discouraged by high rents and home prices in the Greater Toronto Area.

Although she moved from Toronto in 2015, Calgary real estate agent Melissa Chow says the vast majority of her recent business is serving clients from Toronto and Vancouver.

In posts on her social media account @therealmelchow, she says she wants to help others improve their financial and personal well-being by finding them homes in Calgary

"If I could inspire one person to make that move and have such a drastic change in their live, that I had, then it's worth it," said Chow.

"When we see that the migration numbers are positive, it shows that there's some confidence in the Alberta economy," said Rob Roach, deputy chief economist for ATB Financial.

He added, "people are saying, I'm either finding a job here, or I find that quality of life or affordability in Alberta is something appealing."

Other research indicates that Canada is headed for a small recession, as the rising key interest rate tackles record high inflation.

Deloitte Canada says Alberta's economy will continue to grow over the next few quarters, just more slowly then the current rate.

"It's these two factors: the strength in the energy sector, and the bump up in net interprovincial migration that are really going to help Alberta weather this coming slow down better than other parts of the country," said Alicia Macdonald, Deloitte's senior manager of economics. 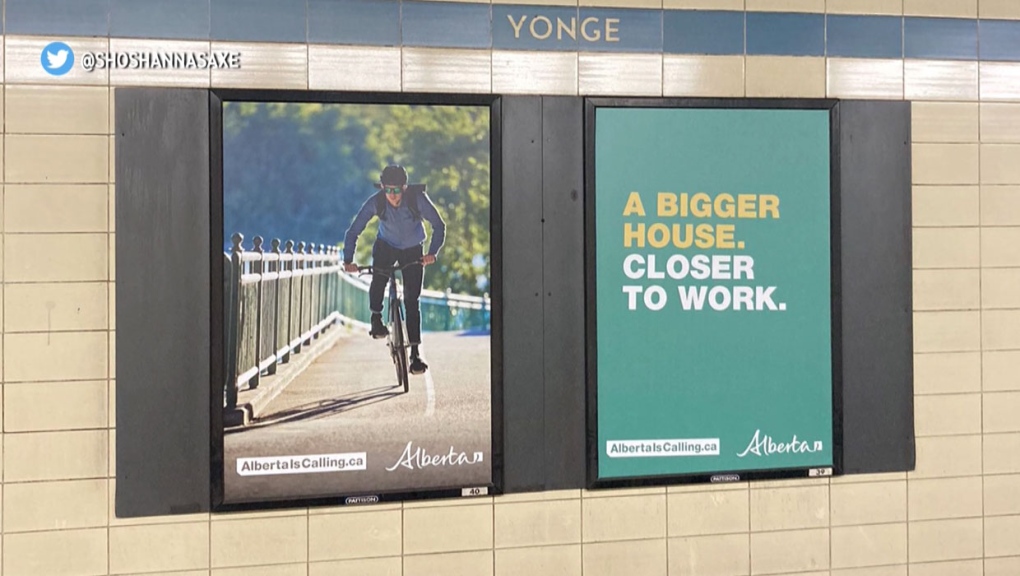 Meanwhile, the tagline "Alberta is Calling" is part of the province's campaign to attract new residents by targeting British Columbia and Ontario.

Such signs have been plastered across Toronto subway stations.

He says he's not swayed by Alberta's campaign.

"I would take a call for sure, but I would politely decline. I love Toronto too much. I just think it's for me personally, it has everything that I would want in a city."

Moore says it's a bit of a stretch to convince residents of one community to make a near cross-country move, over finding affordable areas within Ontario.

"I think like people that love Toronto, love Toronto for so many different reasons. And we're always weighing the ability to stay here and sacrifice space or sacrifice home ownership versus renting," he said.

ATB Economics also expects Alberta's positive net migration from other provinces to stretch into the first quarter of 2023.

Alphonso Davies scored Canada's first men's World Cup goal, but the team has been eliminated from the tournament after a 4-1 loss to Croatia.