LETHBRIDGE -- David and Candy Hamm said they were "over the moon" last Christmas when they learned they had been chosen to receive a recycled house and foundation as part of an online contest put on by two southern Alberta businesses.

David said they are now "beyond over the moon" after a crew from Wade's House Moving dropped off their 1,036 square foot present Monday afternoon.

With many businesses and individuals struggling during the pandemic, employees at the Taber hauling company were determined to end 2020 on a positive note.

So they partnered with Structural Precast, a company that does foundations and other precast projects, and held a Facebook contest to give a family in need a chance to win a recycled home and new basement.

To enter, applicants had to send an email, outlining why they deserved to win the home.

Half a dozen employees from the two companies went through the applications, and were moved by the Hamm's story.

"They were seriously the perfect couple for this," said Jaylene LaRose, owner of Wade's House Moving.

"They have been literally a dream to deal with throughout the whole process."

Candy said she and her husband have faced health struggles that set them back financially, and in the meantime, their home was falling into disrepair to the point it would cost more to fix than replace.

They wanted to remain in Munson, a village north of Drumheller, so they could be close to Candy's 83-year-old mother.

Winning the recycled home turned out to be the break they needed.

"We are very grateful," said Candy.

Since the contest, another business has come on board. Greener Homes of Lethbridge offered to get the permits in place, and did some modifications to make the house more accessible, in case mobility becomes an issue in the future.

The Hamm's trailer was removed, and a few weeks ago the foundation was completed.

Monday, the house was loaded onto a flatbed and hauled 245 kilometers, from Taber to Munson. 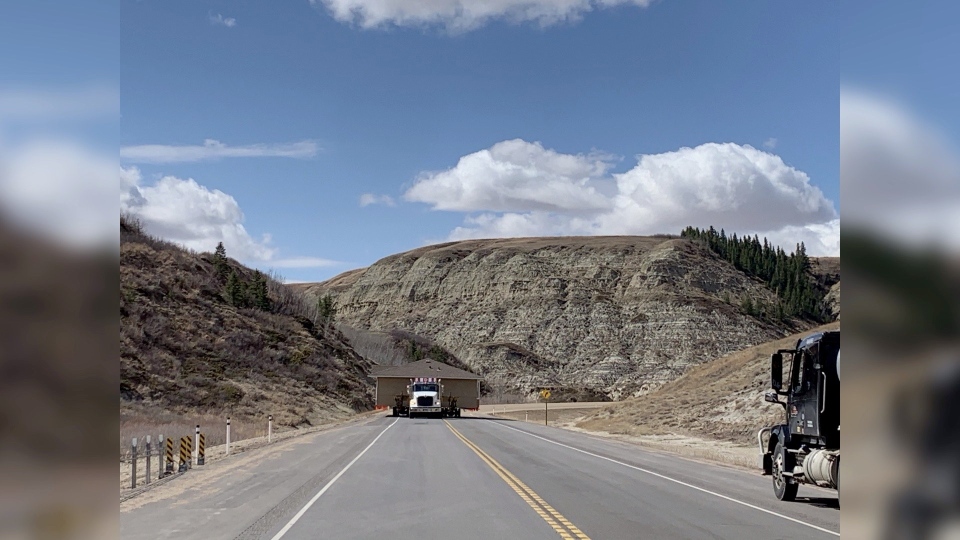 David and Candy were waiting when the crew arrived.

"It did not seem real," said David.

"You see it, but it seems like such a long time since we won it."

Candy said she was "tearful, and very excited" as the house pulled into their yard.

"We are going to be very happy with our new home," she added.

It will take a few more days to hook up the gas and electricity, and a crew from Greener Homes has arrived to build stairs and a deck.

The Hamm's said they have been overwhelmed by the kindness and generosity shown by everyone involved.

Candy said it was amazing to see how many people have come together to help transform their lives.

And although they have waited almost four months for the house to arrive, Candy said the light is at the end of the tunnel.

"It's not just an empty mud hole anymore. We actually have a house and a basement there, and it's very nice!" 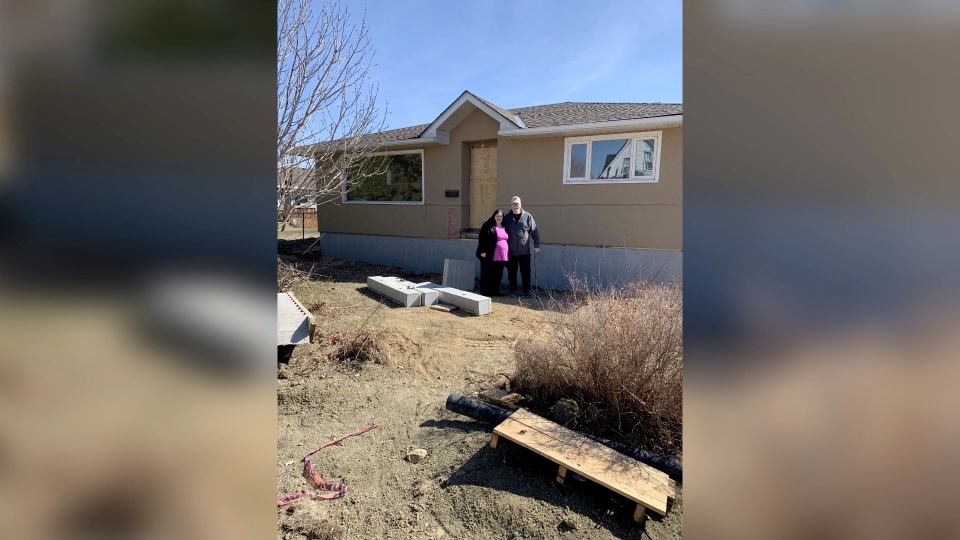 The house was originally built in 1956, and salvaged from Calgary about ten months ago to make way for a new development.

The home has hardwood flooring through most of the rooms, and comes with a fireplace, all the appliances, furnace and hot water tank.

The Hamm's said they are looking forward to the future, and the time when they can have family gatherings again, in a home they're not embarrassed to invite people into.