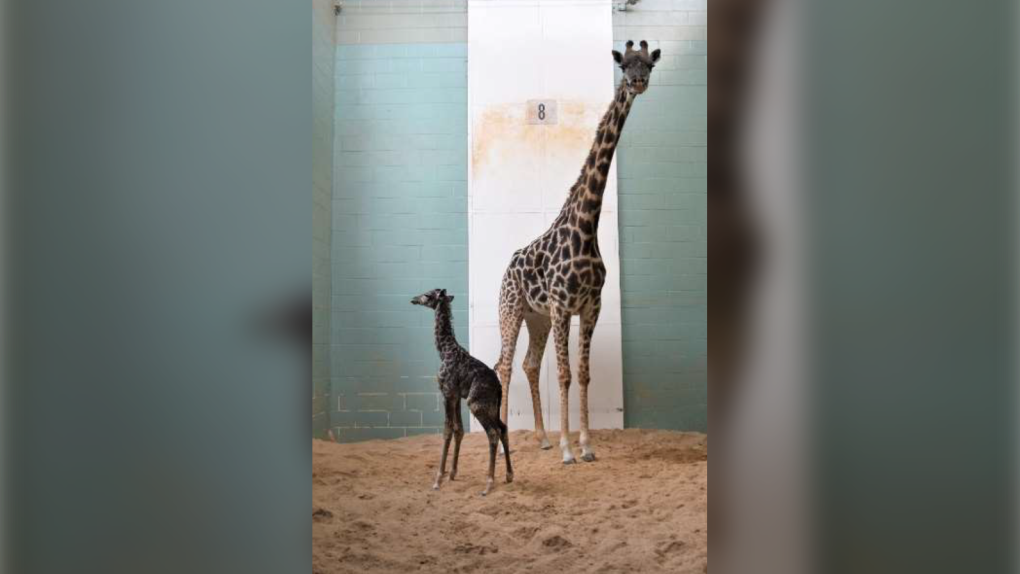 CALGARY -- Emara the Calgary Zoo's Masai giraffe became a mother on the weekend and staff say the male calf is smaller than they expected but they are optimistic about his health.

It was the fourth pregnancy for the eight-year-old giraffe and staff at the zoo went to extraordinary lengths to ensure she carried the calf to term.

“We are thrilled to announce that Masai giraffe Emara has successfully carried a healthy calf to term, “ said Dr. Sandie Black, head of veterinary services at the Calgary Zoo.

The calf was born on Sunday, September 29th and is small so officials believe he was born at the 'early end of the normal gestation range.'

They say that calf is 'not out of the woods yet' but that they are 'cautiously optimistic.'

Emara had pregnancy challenges in the past and in recent years, experienced two late term miscarriages and the death of a calf within 48-hours after birth.

When she became pregnant in 2018, it was decided that she would be provided with progesterone supplements to help the fetus to develop normally.

“We work hard to ensure the physical and psychological welfare of the animals we love and care for at our facilities. Pregnancy issues in giraffes are rare, and our work with specialists and zoos across North America to help Emara successfully become a mom was worth it!” said Dr. Sandie Black in the statement.

Emara and the calf will not be on display to the public until later in the week.

The zoo says it will provide updates on when the public can expect to see them.