'It's just really hard without him': Family of murdered Calgary man celebrates his life

CALGARY -- Iziik Karson Goodeagle was just 23 years old when he was stabbed to death in the Beltline in the early morning hours of Jan. 5th.

The brother, nephew, father and cousin would have turned 24 on Sunday.

“It’s just really hard without him,” said his sister Mallorie. “(It’s) just so different, and it hurts us that he’s not here.”

Goodeagle’s family gathered a block away from where Iziik was stabbed on on 11th Avenue and First Street S.E.

His family held signs with messages and pictures. 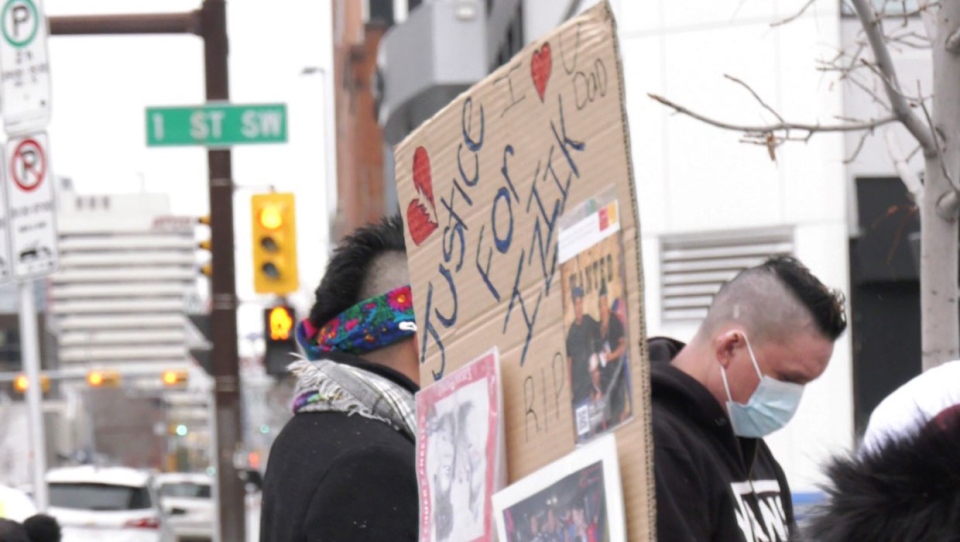 “What I miss most about Iziik is his big smile, his willingness to help,” said uncle Shane Goodeagle.

“He was always there when you needed him.”

“He was like an older brother to me,” said Agnus Jerry, Iziik’s younger cousin. “He taught me how to be tough.”

Police have since charged four men with second-degree murder in the case.

52-year-old Dwayne Iyn Turner, Tyrell Noskiye, 29, Yahye Gabad, 23, and Timothy Ashton Jones, 39, were all arrested by police as a result of the investigation.

Police believed the attack was motivated by drugs. 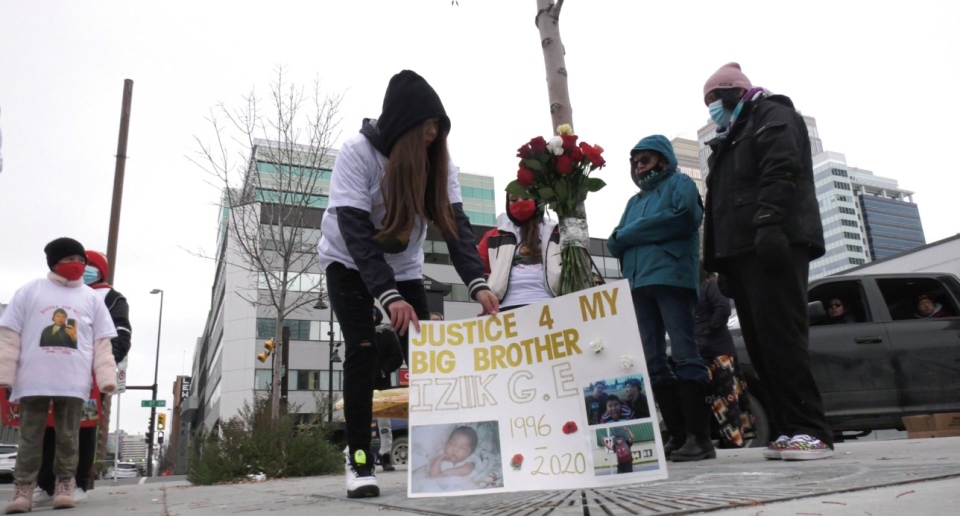 Now that arrests have been made and charges filed, his family hopes to see justice for Iziik’s death.

“He was always the one that would pick us up, if we were feeling down or anything,” said Mallorie.

Goodeagle was Calgary’s third homicide of 2020.